19 May 10 New photos released by the Olympic Delivery Authority (ODA) show construction progress on the Olympic Park's 'big build' is on track during the project's busiest year to date.

New photos released by the Olympic Delivery Authority (ODA) show construction progress on the Olympic Park's 'big build' is on track during the project's busiest year to date.

The aerial images, taken earlier this month, show the construction progress on the ‘big five’ venues – Olympic Stadium, Aquatics Centre, Olympic Village, Velodrome and IBC/MPC – plus further progress on the new infrastructure and landscaping works across the Olympic Park.

There are currently nearly 10,000 people working on the Olympic Park and Olympic Village.

Olympic Delivery Authority (ODA) Chairman John Armitt, said: 'As we approach the halfway point of our toughest year in the construction of the Olympic Park, these new images show the visible progress being made. The structures of the "big five" venues are already firm fixtures on the east London skyline and we remain on schedule. However there is no room for complacency as construction activity accelerates in the coming months.' 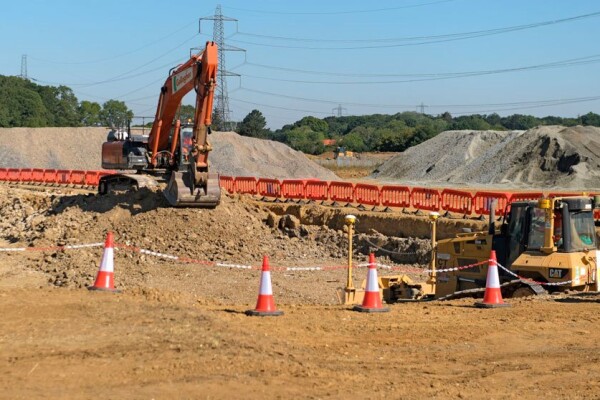 25 minutes ScottishPower Renewables has started onshore construction for its second windfarm off the Suffolk coast.