28 May 14 A specialist asbestos contractor must pay more than £150,000 in fines and costs after it exposed workers to lethal fibres during demolition of an old school building.

Lincoln magistrates heard yesterday (27th May) that Angus Group Ltd failed to manage the removal of asbestos-containing materials properly at the site of the former Ermine Infants’ School in Lincoln during March 2012.

The Health & Safety Executive (HSE) carried out an investigation after inspectors visited the school and discovered a catalogue of safety breaches.

Angus Group was subcontracted to carry out asbestos removal for the contractors demolishing the school, owned by Lincolnshire County Council. The site was being cleared to make way for a new school.

Before work began, an asbestos survey was carried out to identify the areas in the building containing asbestos and procedures for safe removal. The survey found the end walls of the school’s main hall were covered in a spray-applied coating of asbestos, and should therefore be removed by a licensed contractor under controlled conditions.

However, the HSE’s investigations found that Angus Group ignored these recommendations. The asbestos spray coating on the main hall walls was chiselled off using power tools without any screens, enclosures or air extraction systems in place. Asbestos-containing material was simply bagged and carried outside to a skip.

Angus Group Ltd notified the main contractors that the asbestos removal work on the main hall was finished, but when the project agents and main contractors visited the next day, they found the hall covered in dust and patches of asbestos material still on the wall.

The court heard that HSE found a catalogue of failings in the way the work had been planned and carried out. The exact location of asbestos material was not identified and the work only took one day to complete rather than the planned seven.

Risk assessments were too generic; enclosures, segregation and containment measures were inadequate; plans lacked detail; access and transit routes through the buildings were not clear; employees lacked specific instruction, and there was no reference to the original asbestos survey in the plan.

HSE experts concluded the company’s safeguards to control the asbestos risks were seriously inadequate leading to an unnecessary release and spread of dangerous asbestos fibres and dust.

The plan and risk assessment for the asbestos removal work in the building’s boiler room were also found to be confused and a decontamination unit was not powered. HSE served a prohibition notice to halt the work on the boiler room until the unit was properly powered and working.

Fifteen of the 17 samples taken in and around the hall proved positive for asbestos. A later analysis, which included other parts of the building, found asbestos fibres in 15 of 34 samples, indicating asbestos had spread throughout the building.

Angus Group Ltd of Neilson Road, Paisley, Scotland, was found guilty of eight breaches of the Control of Asbestos Regulations 2006, and was fined a total of £109,000 and ordered to pay a further £42,100 in costs.

Speaking after the hearing, HSE inspector Martin Giles said: “Building owners and contractors have a duty to ensure they protect their workers, and any site personnel, from the well-known dangers of exposure to asbestos.

“Angus Group Ltd is an experienced licensed contractor, and was fully aware of all the hazards and all its responsibilities to ensure safety at all times.

“It is deplorable a company that does know better failed to properly manage the dangers of this hidden killer.”

Exposure to asbestos fibre remains the biggest single cause of work-related deaths in the UK, with approximately 4,500 people dying from asbestos-related diseases it every year.

59 minutes With school pupils unable to get work experience during the Covid-19, one firm of architects is letting them do it online. 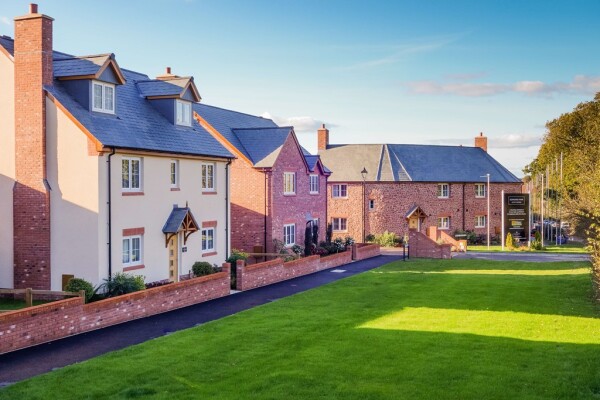 31 minutes Exeter-based Burrington Estates is getting a £15.5m injection from BGF to support a push into the Midlands.

49 minutes Multi-discipline engineering specialist Taziker has restructured to position itself for growth.