4 Jun Multiplex Constructions has won the construction contract for the terminal at the new Western Sydney International (Nancy-Bird Walton) Airport in Australia.

Minister for communications, urban infrastructure, cities and the arts, Paul Fletcher, said the contract award was an important step in the development of Sydney’s new airport.

“Today’s announcement and unveiling of the final designs of the new Western Sydney Airport is a major milestone towards the delivery of one of the most significant infrastructure projects in Australia,” he said.

The shortlist had been announced in September 2020.

“After several years of preparing the airport site, including moving 18 million cubic metres of earth to date, construction is on track to commence on the integrated passenger terminal at the end of the year, which will have the capacity to handle up to 10 million passengers a year once it opens in late 2026,” said Fletcher.

He added: “This project is a unique opportunity to build an airport from the ground up - allowing us to deploy the latest technology to ensure the passenger experience is smoother and easier than today’s airports, and the security systems more effective but less intrusive.

“The new terminal will not only be a state-of-the art piece of infrastructure but a driver of jobs and economic growth for the region, and form an integral element of the surrounding aerotropolis and the broader Western Parkland city.”

Fletcher said that, in its own right, the Western Sydney region would be Australia’s fourth largest city and third largest economy. The government is investing AU$5.3bn (£2.9bn) in Western Sydney International and has also committed another AU$9bn (£4.9bn) for rail and road links in the region.

Minister for finance Simon Birmingham said the awarding of the major contract meant activity on the site would further ramp-up and the delivery of Western Sydney International Airport was now becoming a reality. “The awarding of this contract now paves the way for construction to start on what will be one of the most advanced passenger terminals in the world,” he said.

“With the contract for the passenger terminal now locked-in, billions in economic activity can kick-off and many more of the 28,000 direct and indirect jobs set to be created from the project can start to flow.

“The integrated passenger terminal will be the centrepiece of this project and when completed will give Australians and travellers from all around the world a first-class experience when they pass through the airport.”

23 hours BAM Construct and BAM Nuttall are on a drive to power their construction machinery with hydrotreated vegetable oil instead of diesel.

1 day An augmented reality system currently under trial could transform the safety and efficiency of utilities and streetworks projects. David Taylor reports

21 hours Webuild has added an Italian rail contract worth over €1bn to its tally of major wins this month.

21 hours The operator of a rail-mounted cherry picker had to jump off the machine when it started running away with him down the track. 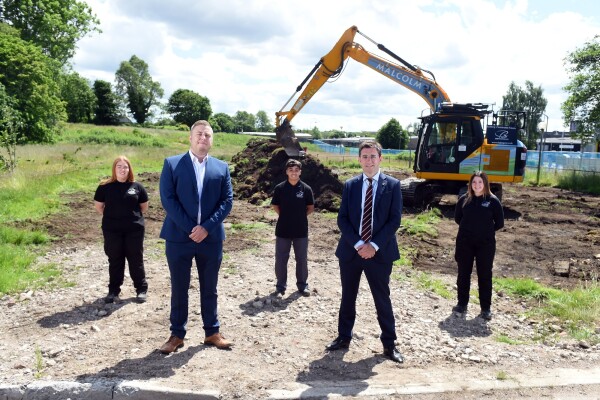 City Building starts work on its own training college