8 Oct 18 The growth in Ireland’s construction activity remains sharp, but has eased to an 11-month low.

Construction activity rose at a weaker pace than in August, but the rate of expansion in new orders accelerated. Companies also continued to increase their purchasing activity and staffing levels. The Ulster Bank Construction Purchasing Managers’ Index (PMI) posted 56.2 in September, down from 58.3 in August but still well above the 50.0 ‘no change’ point. Activity has risen continuously on a monthly basis since September 2013.

Simon Barry, chief economist Republic of Ireland at Ulster Bank, said: “The construction sector continued to experience solid, though slightly slower, growth in September according to the latest results of the Ulster Bank Construction PMI survey. The headline PMI did ease for a second consecutive month to reach its lowest level in nearly a year. However, at 56.2, the latest reading remains well above the 50 breakeven level and indicates that firms continue to report robust gains in activity. The Commercial PMI picked up slightly from what was already an elevated reading in August, in the process leaving commercial as the strongest performing activity category last month.”

He added that the Housing PMI also continues to point to robust activity growth in the residential sector, though a second decline in a row left the PMI at an 11-month low. “Civil engineering remains an area of relative weakness with activity here registering a decline in September, ending a two-month run of expansion, he said.

“Encouragingly, survey respondents mentioned that improving customer demand supported another strong, and faster, increase in incoming new business flows,” added Barry. “In turn, robust activity and new orders patterns continue to underpin strong demand for construction workers, with the pace of job creation remaining steady in September at very healthy rates. Sentiment among firms about the sector’s prospects over the coming twelve months moderated slightly in September but remains at elevated levels.” In all, 55% of respondents anticipate higher output levels over the year ahead, with expectations of improved market conditions and higher new orders cited as important sources of support.

Construction firms responded to higher new orders by taking on extra staff, the sixty-first successive month in which a rise in employment has been registered. The pace at which staffing levels increased was broadly in line with that seen in August, but much slower than recorded earlier in the year.

The rate of expansion in purchasing activity eased for the fourth successive month and was the slowest since March. Input buying continued to increase at a marked pace, however, in response to higher new orders.

Rising demand for inputs and shortages of materials contributed to longer suppliers’ delivery times and higher input prices at the end of the third quarter. The rate of input cost inflation ticked down, but remained above the series average. Steel was mentioned in particular as costing more.

Although business sentiment dipped to a 10-month low, constructors remained strongly optimistic that activity will increase over the coming year amid buoyant market conditions and expectations of higher new orders. 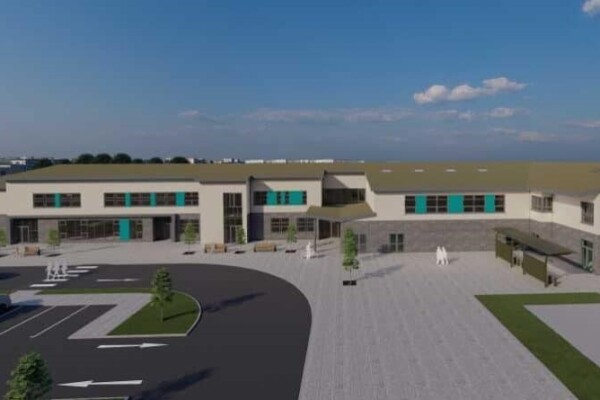