Parliament refurb to go ahead after Lords agree to full decant

7 Feb 18 Members of the House of Lords have agreed to temporarily vacate the Palace of Westminster to allow restoration work to be carried out in one single phase.

The Lords’ decision comes after MPs voted last week in favour of leaving of the Palace.

The collective decision by both Houses of Parliament means that legislation will now be brought forward to establish an Olympic-style delivery authority and a sponsor board to manage the work.

The Lords agreed that “there is a clear and pressing need to repair the services in the Palace of Westminster” and that “a full and timely decant of the Palace is the best and the most cost-effective delivery option”.

Following the debate in both Houses, the director of the restoration and renewal programme, Tom Healey, said: “Both Houses of Parliament have now debated the best way forward for carrying out the increasingly urgent repairs to the Palace of Westminster. These debates represent an important milestone in the vital process of safeguarding the future of this iconic Grade I listed building.

“Work can now proceed to set up a sponsor board and delivery authority, initially in shadow form. Establishing these bodies as soon as possible is vital for detailed planning to begin, and for ensuring value for money for the taxpayer.”

13 minutes Researchers in Scotland and Wales are carrying out a trial in the use of drones to assess potential sites for underwater tidal turbines. 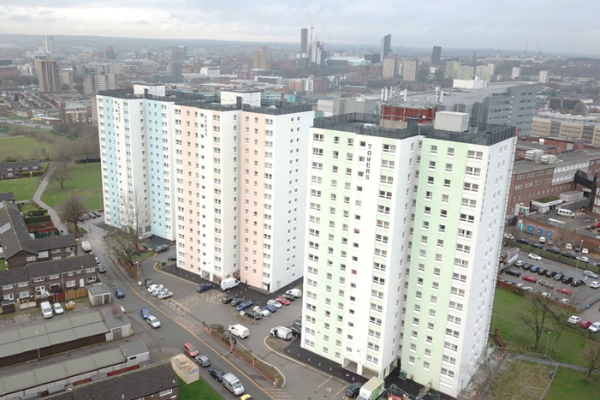 18 minutes Leeds City Council is planning to spend £100m on home improvement measures over the next five years.