Plans go in for Sizewell C

27 May 20 The application for a development consent order (DCO) to build Sizewell C, a new £18bn nuclear power station in Suffolk, has been submitted to the Planning Inspectorate.

Sizewell C will be a near replica of Hinkley Point C in Somerset, comprising a pair of 1670MWe European Pressurised Reactor (EPR) units.

The application for a development consent order follows four rounds of public consultation which began in 2012. The DCO application was deferred for two months due to the coronavirus situation.

Sizewell A nuclear plant began generating power in 1966 and was decommissioned in 2006. Sizewell B began operations in 1995.

Humphrey Cadoux-Hudson, managing director of Sizewell C, said: “Sizewell C is a net zero infrastructure project ready to kick-start the economy following the Coronavirus crisis. It will offer thousands of high-quality job opportunities and long-term employment for people living in Suffolk and it will strengthen the nuclear supply chain across the country. On top of the economic benefits, Sizewell C will avoid nine million tonnes of CO2 being pumped into the atmosphere each year. The project will play a key role in lowering emissions while helping the UK keep control of its low carbon future.”

The GMB union, which has members employed by the energy industry, supports the development of more nuclear power stations. Warren Kenny, GMB regional secretary, said: "GMB London and East of England welcome this first step in getting this huge project off the ground. GMB Congress policy is to support this zero carbon electricity power project which is vital to the UK's energy future and to the economic prosperity of Suffolk. The application for the DCO will only be given when the inspectorate are satisfied that the project is safe to go ahead. The inspectorate has an impressive track record that we can depend on.”

“There will be a vocal lobby who oppose the project but they are in a minority. They have no realistic secure alternative supply of zero carbon electricity to meet 7% of our needs over the coming decades. This is a welcome opening chapter in what will be a very long story and like in previous centuries Suffolk will continue to play a vital role in the economic history of this nation.” 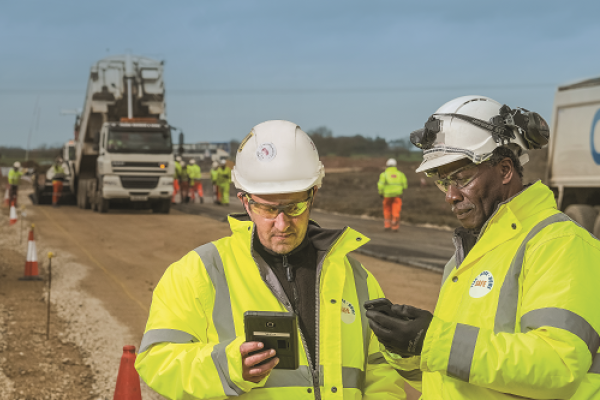