Rising to the challenge

Any bridge project is – almost by definition – a challenge, if only because it involves an elevated structure spanning an inconvenient obstacle. But when east London-based contractor Kilnbridge landed the £5m contract to design, engineer and install the three main concrete structures for a relatively small opening bascule bridge at Canary Wharf, it could see a number or potentially challenging issues to be resolved.

Kilnbridge was engaged to design and engineer both east and west abutments and the marine causeway which runs alongside the existing marine deck of the new Wood Wharf development. The bridge deck, spanning 16m, is a steel structure supplied by Belgian fabricator Victor Buyck.

In addition, the east abutment is designed to withstand an impact from a small vessel.

Under normal conditions, this abutment would have been built within a sheet-piled cofferdam. But after careful consideration, Kilnbridge chose not to do it this way: instead it decided to construct the permanent outer concrete shell above water level and then jack it down about 5m into the water.

“As a concrete contractor, we’re much happier building on dry land,” says Kilnbridge’s senior engineer, Alastair Courtney. “So we decided to do as much as possible above the water level.”

By effectively replacing a marine operation with a land-based one, Kilnbridge reduced the need for specialist marine plant and created a less hazardous environment for site workers.

Dispensing with the need for a sheet-piled cofferdam also had a significant practical advantage: “The Jubilee Line runs underneath the dock and the piling work posed a risk,” says Courtney. “The cofferdam would have extended beyond the footprint of the site,” he explains.

The marine piles required to support the east abutment were offset to avoid the tube line underneath.

Kilnbridge fabricated an 18m x 12m steel platform on top of the piles to support the concrete structure and assembled a steel grillage above to act as permanent formwork. After the reinforced concrete shell had been cast and had reached final strength, it was jacked down onto the pile caps using 12 hydraulic strand jacks.

Facing a tight schedule, Kilnbridge decided that constructing some of the components in precast, rather than in-situ, concrete could  save a lot of time. Here, the use of BIM and Tekla Structures 3D design software helped enormously, says Courtney:

“By introducing a greater amount of precast elements, we received both large time and cost savings, as well as de-risking the project as a whole. We were able to study the 3D model in detail and review both the potential advantages and constructability of changing the concrete elements to precast.

“In addition, we were also able to ensure that the joints constructed between the precast elements would not impact on the surrounding structures,” he adds.

The design software also helped solve an unexpected problem when, two weeks prior to a key element being installed, it was discovered that the original design calculations hadn’t accounted for the loadings resulting from an impact by a vessel and that changes needed to be made to the steel reinforcement.

“The required changes were all promptly incorporated within the model,“ says Courtney. Tekla Structures’ automatic clash detection confirmed the design was correct and constructible. The corresponding fabrication drawings and schedules were generated within just two days, enabling the new reinforcement to be delivered to site on time. It also allowed us to maximise re-usage of the previously ordered elements from the then obsolete design, subsequently reducing waste.”

Successful completion of the contract has resulted in another interesting contract with the same client: construction of a floating restaurant, which Kilnbridge is now undertaking. The floating elements will be precast at the contractor’s yard in Newham before being floated upstream. 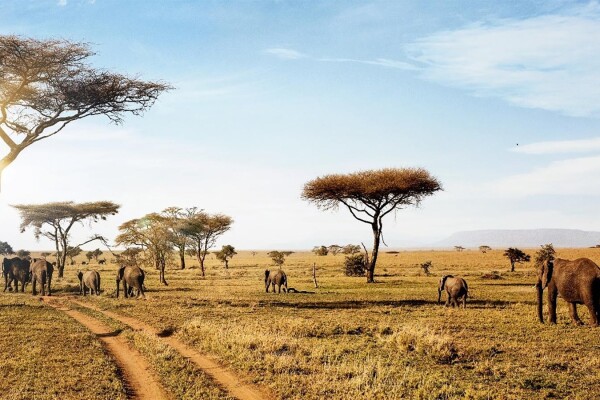 22 minutes CDM Smith has been appointed to plan and supervise infrastructure work in the Serengeti National Park in Tanzania.

24 minutes A consortium led by Eiffage companies has announced the win of a contract for a bridge over the Rhine in Germany.