11 May 15 Our latest Company Watch report analyses the financial health of the larger players in another of construction’s specialisms: earthmoving and site preparation. A year after our first analysis of the earthmoving and site preparation sector, revenue is rising but profit margins are falling back and balance sheets are showing some signs of strain. Nick Hood reports.

Last year’s lazy, hazy summer days of powerful growth in the construction industry have been transformed into some much cooler commercial conditions. Political uncertainty ahead of the general election has paralysed the planning system across the Uk and prompted all manner of anecdotal warnings of clients delaying projects until it becomes clear which way the government-spending winds will be blowing.

At the same time, a host of contractors have been owning up to some major problems amongst their longer running contracts, starting with the horror story at Balfour Beatty and progressing through big loss provisions disclosed by the likes of IsG, Mclaughlin & Harvey and north Midland Construction. Poor PC harrington eventually succumbed to its losses, despite having been involved in the past on such iconic projects as the Gherkin and Walkie Talkie buildings in the City of london. This was the second significant construction failure this year, following the collapse of GB Group in March.

There is little doubt that margins remain under considerable pressure for most construction companies, with profitability squeezed between the competition-driven downward pressure on tender prices and the inexorable rise of input costs for both materials and labour.

In our report last month we described construction output as patchy, as some months saw falls and others showed gains. now there are worrying signs emerging of a more concerted downward trend. The latest figures from the office for national statistics revealed that output in February 2015 was down 0.9% compared to January and down 1.3% yearon- year against February 2014. Both new work and rMI activities declined.

looking at the quarterly comparisons, output for the three months to the end of February 2015 was 3.2% lower than the preceding quarter, although it was marginally (0.3%) up on the equivalent quarter last year.

Conflicting evidence abounds. The Markit/CIPs Purchasing Managers’ survey for March 2015 produced a reduced reading of 57.8, compared with 60.1 in February. nevertheless, its panel survey revealed a major rise in construction industry confidence, based on improving order books and sustained rises in the volume of invitations to tender. When it comes to predicting where the construction industry might be heading in 2015 and beyond, you pays your money and you takes your choice.

The companies we have analysed for this month’s report are those site preparation contractors with turnover of £3m or more in their latest published accounts. Companies house records show that there are over 1,300 Uk-registered companies claiming that they specialise in this type of work. even setting the turnover cut-off point as low as £3m still produced a sample of only 26 companies, which confirms that this subsector is as fragmented as many other parts of the industry.

The Company Watch research shows a profit margin for the sector of 4.8%, down from 5.4% a year ago, despite a significant rise of 22% in the average turnover of the sample. Comparing it with the other eight sub-sectors we analyse for The Construction Index, site preparation contractors score better than scaffolders (negative 0.8%), M&e contractors (1%), commercial contractors (1.8%), demolition contractors (2.3%), road builders (3.2%) and those specialising in the utilities and water sectors (3.9%). But it scores well behind the profitability stars in house building (12.8%) and plant hire (14.9%).

however, average return on capital is unchanged at 27%, making this the bestperforming sector on this measure. The trade-off between risk and reward varies across the construction industry, particularly when profits and borrowing levels are compared. For our 26 earthmoving contractors, gearing has risen sharply to 53%, compared to 41% last year. This makes them the third most aggressively financed, lagging only behind scaffolders (114%) and plant hirers (79%). Just five of the companies (19%) have no, or only minimal, external borrowings below £100,000.

looking at the financial health of our sample, the average h-score has fallen sharply to just 45, compared with a far healthier reading of 52 a year ago (although this score is still in line with the norm for all Uk companies of similar size or greater).

The rising levels of debt and falling levels of profitability are the major contributory factors to this deteriorating outcome and it is worth noting that this average h-score of 45 is the lowest of all the construction sub-sectors we have reviewed.

six of the companies in the sample (23%) are in the Company Watch warning area, making it the third worst on this test. Across the economy as a whole, the expectation would be that around 25% of any sample would be in this financial twilight zone. looking at the better performers, 46% of the sample have hscores of 51 and above, as compared to around 50% for all Uk companies. Only one of the companies is loss-making. In each of these monthly reports, we comment that our analysis covers just the privileged few major players in a market which also features many smaller, generally undercapitalised and almost exclusively family-owned sMes, either companies or unincorporated businesses. Many of these businesses spend their time struggling with the negative financial implications of operating within potentially abusive relationships as subcontractors to more powerful and far bigger main contractors. As previously, much more caution is needed about the finances of these smaller brethren.

With some commentators such as the Construction Products Association downgrading their growth forecasts for 2016 (although they have maintained their 2015 prediction at around 5%), there is every chance that the construction industry as a whole may continue to find more financial clouds and rain in their outlook than blue skies.

Whilst still a great success story, even the rampant house builders have begun to talk of a return to normal market conditions, which seems very much like coded language for more challenging times ahead. For most contractors, whether big or small, prices are too low, margins are too thin and risks are too high. sadly, ‘twas ever thus, which is why there have always been more construction failures than in any other part of the economy.

This article first appeared in the May 2015 issue of The Construction Index magazine. To read the full magazine online, click here.

17 minutes Highways England is hosting a trial of a new polymer-modified bitumen mix that is being described as an anti-ageing cream for roads.

58 minutes Laing O’Rourke has set itself the target of being net zero in operations by 2030 and having equal numbers of male and female employees by 2033. 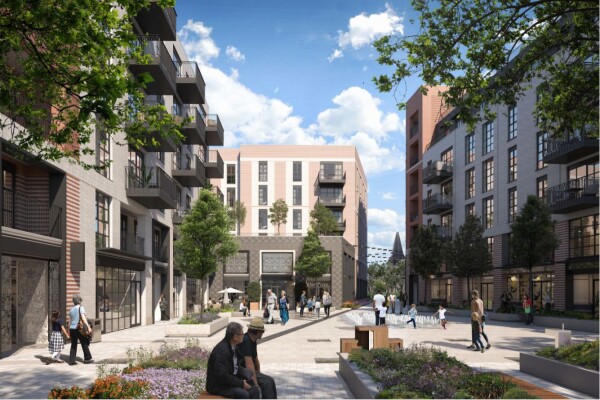 52 minutes The 2021 budget announcement limits the size of some R&D Tax Cash Benefits, but will it impact your claim?