Plans for the three-storey operational support building at developer Wykeland Group’s Melton West business park, west of Hull, have been submitted to East Riding of Yorkshire Council. If approved, Willmott Dixon is expected to start construction in the third quarter of 2020.

The Humberside Police Force development, called Melton 2, will provide 107,000 square foot of accommodation for around 535 staff from the force’s Operational Support Services and is sited next to an existing facility built in 2014, Melton 1, which is home to specialist teams and support staff.

Procured via Major Works England and Northern Ireland, a part of the Scape National Construction framework, Willmott Dixon is working with architect Bond Bryan to take the plans through planning and into construction.

Humberside Police & Crime Commissioner Keith Hunter said: “The new development at Melton will, if approved, allow Humberside Police to bring together a number of specialist crime investigation functions, some of which deal with the most serious crimes and vulnerable victims, and provide a new, state of the art force control room which will continue the great progress made in public contact over the last few years.”

The project is in line with a national trend by police forces to bring together different functions and services under one roof in new office space. For Willmott Dixon, it is a sector that has provided a lot of business, with blue light schemes worth nearly £200m in the last three years.

In September 2019 it was appointed by Merseyside Police Force to create four storeys of office space for up to 1,175 people. It also has a contract with West Midlands Police for a new control suite.

Rishi’s rescue package may be too late to save builders

5 hours When chancellor Rishi Sunak announced his coronavirus job retention scheme, employers across the country breathed a sigh of relief. Now they are holding their breath trying to survive long enough for the aid to arrive.

23 hours The Construction Leadership Council has written to the prime minister setting out a six-item wish list to help companies in the industry survive the crisis.

1 day The charity that supports construction workers and their families is launching a crisis appeal to respond to needs resulting from Covid-19.

17 minutes Network Rail has committed to paying the invoices of its suppliers as soon as it gets them – or as close to immediately as possible.

Another school for Interserve

24 minutes Interserve has won its third school building contract in little over a week.

Hyundai brings its A game

4 hours The proportion of UK construction companies actively involved in innovating has fallen from 44% to 33% in the past couple of years, according to official statistics. 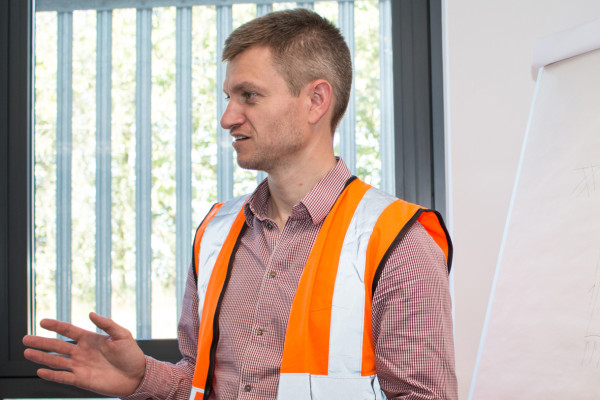 Piling federation to get diversity network

4 hours Central Piling managing director Steve Hadley has taken over as chair of the Federation of Piling Specialists (FPS).