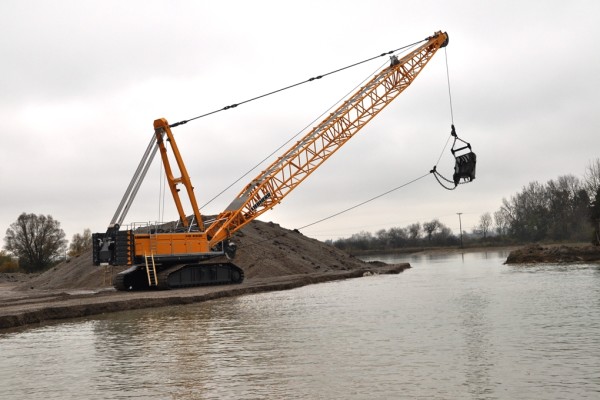 Pactronic proves itself in Bavarian quarry

20 Apr 15 Some readers may recall my post here about the Liebherr HS 8300 HD Hybrid Drive duty-cycle crane when it was launched two years ago at Bauma 2013. Well, I now have more news. The first unit is finally at work on site. 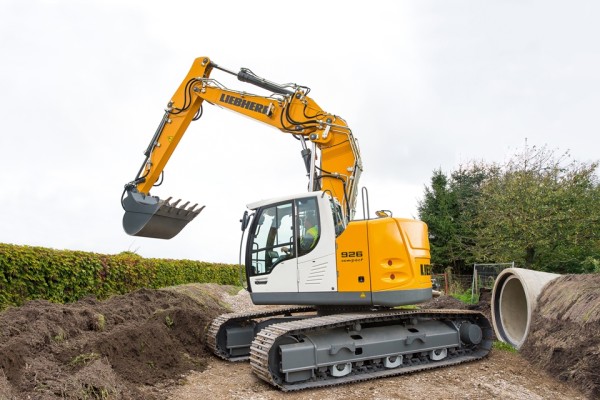 15 Apr 15 Liebherr’s R926 Compact crawler excavator is among this year's winners of the famous Red Dot Awards for Product Design. 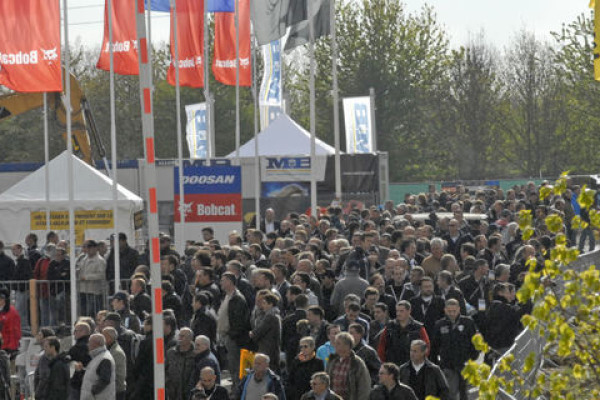 8 Apr 15 The 2015 Intermat exhibition is now less than two weeks away. It takes place in Paris from 20th to 25th April. Here’s a brief preview of some of the diggers and loaders you’ll be able to see if you make your way along to the Paris-Nord Villepinte exhibition centre. 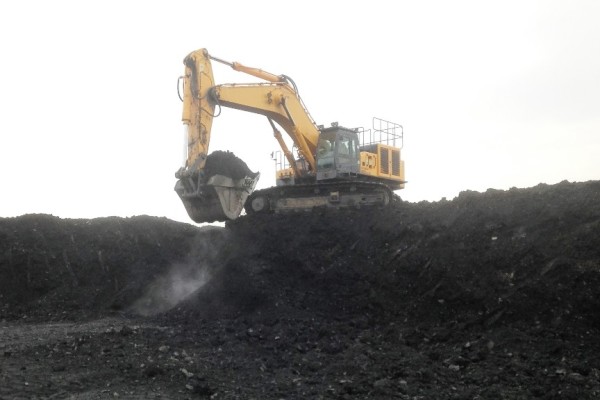 25 Mar 15 Hyundai machines have clock up 40,000 hours at a Scottish colliery and are still going strong. 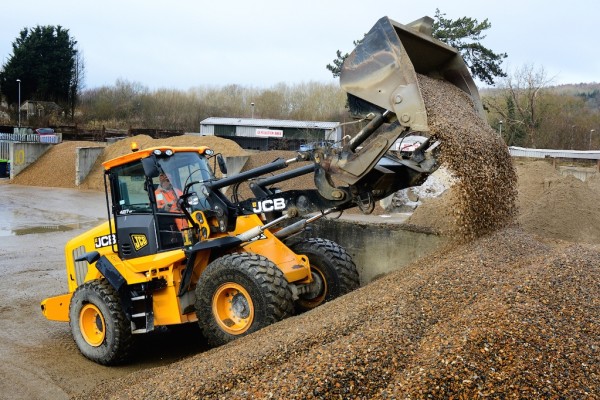 24 Mar 15 Brett Concrete has an annual production capacity in excess of 500,000 cubic metres but has not always felt well served by its equipment suppliers. It seems happy with JCB though. 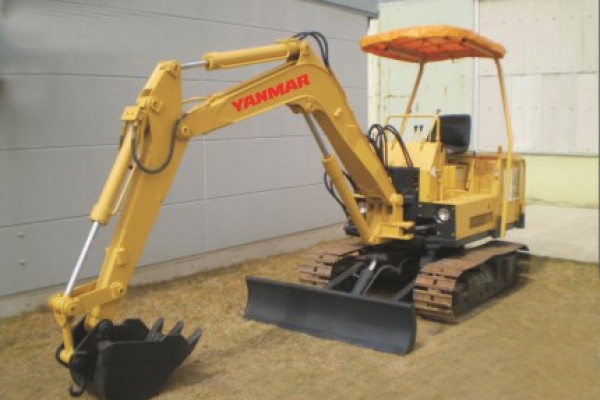 Search is on for Britain's oldest Yanmar

23 Mar 15 Do you have an old Yanmar excavator? How old exactly? 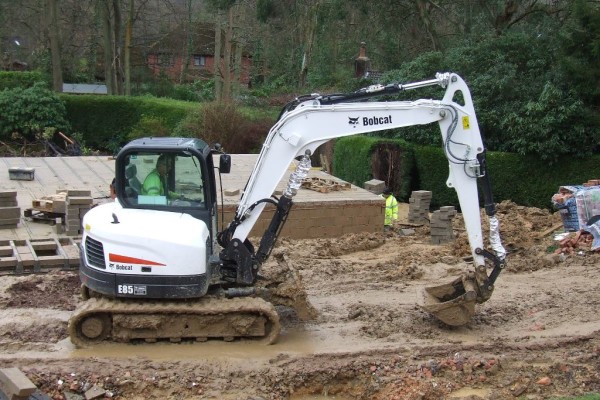 11 Mar 15 Swedish company Scandia-Hus has been operating in the UK 40 years, supply timber frame houses for the self-build market. 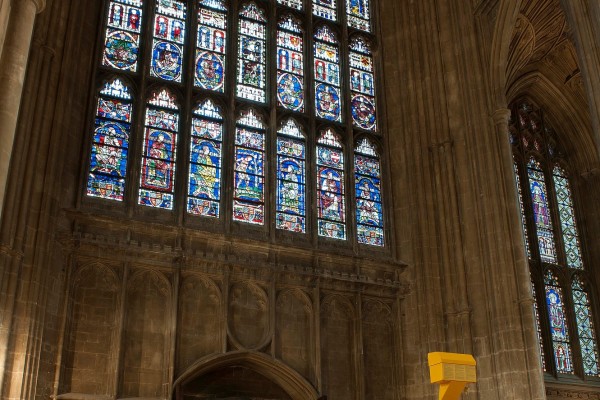 4 Mar 15 You don’t often get to see construction plant driving around the inside of Canterbury Cathedral. Apparently the Archbishop’s not keen. It is, after all, a Unesco World Heritage site. 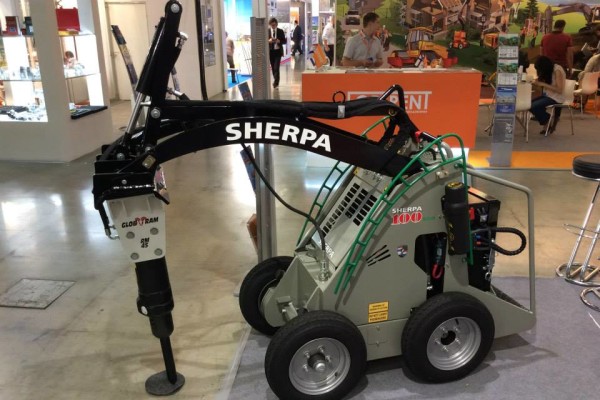 Sherpa and Globram for emissions-free demolition

18 Feb 15 A recurring theme here recently has been emissions-free machines for indoor work, and here is another. 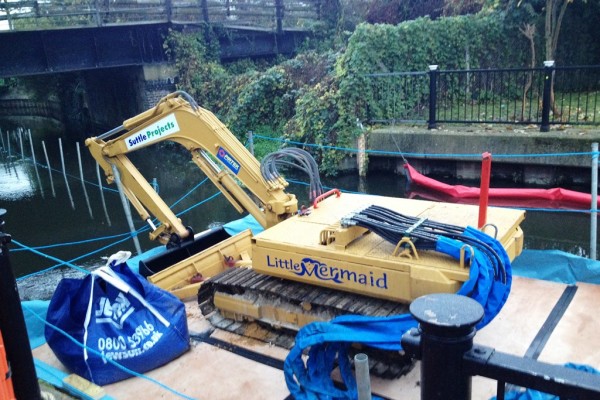 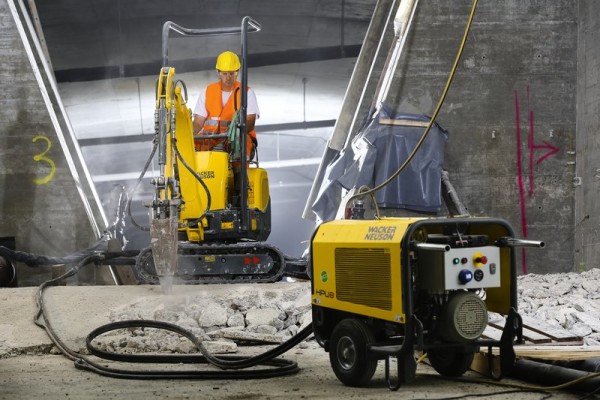 11 Feb 15 Wacker Neuson’s dual power 803 mini-excavator has won the gold award for innovation in the construction equipment category of the 2015 Intermat innovation awards. 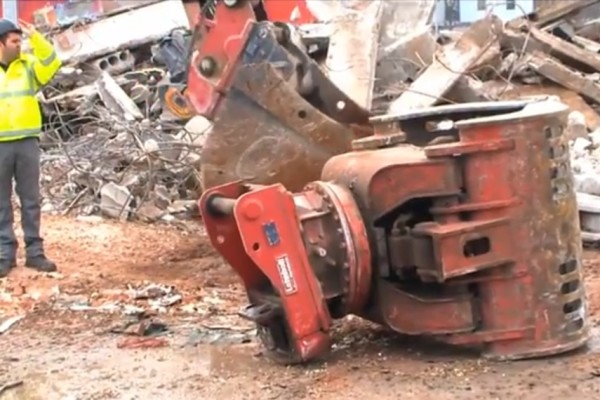 Bradley shows what you can do in fifteen seconds

4 Feb 15 Bradley Demolition owner Paul Johnson is so impressed by the Lehnhoff Variolock Quickcoupler System that he’s starring in a video to make some noise about it. 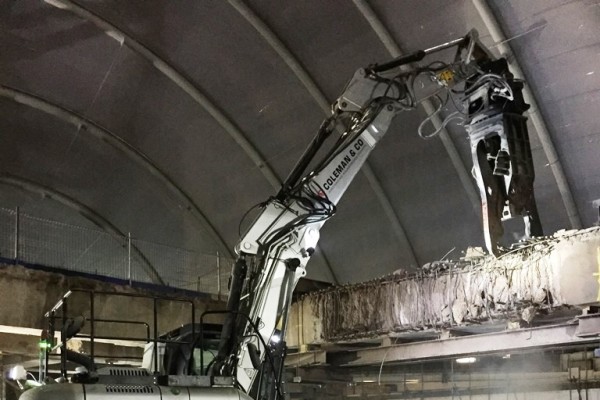 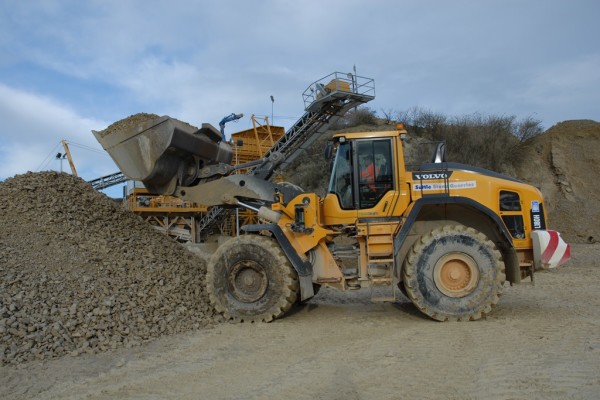 2 Feb 15 A new 28-tonne loading shovel has taken over as the prime mover at Suttle’s Swanworth quarry in Dorset. 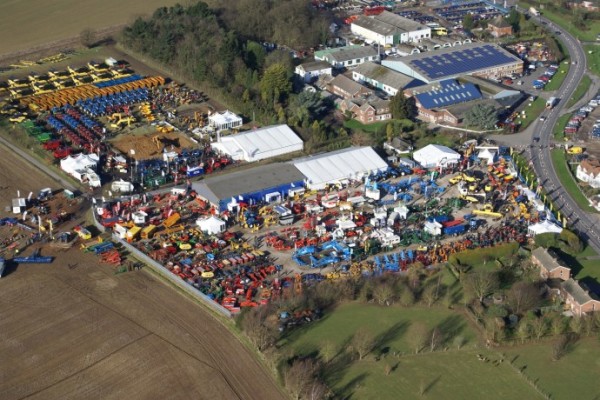 It's the Doe Show next week!

28 Jan 15 The annual Doe Show takes place for the 55th time next week, with a host of new machines on show. 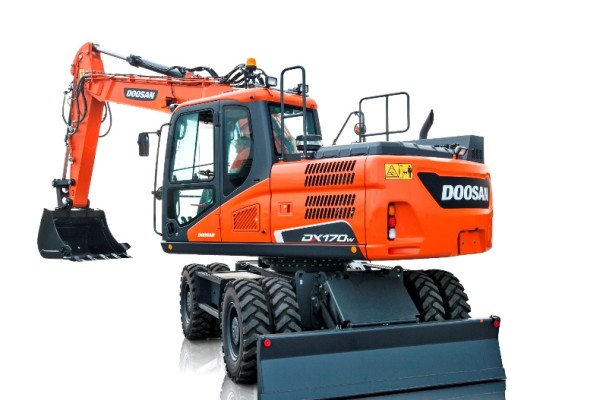 28 Jan 15 Another pre-Intermat sneak preview here, with the news that Doosan will be launching its 17-tonne DX170W-5 Stage IV compliant wheeled excavator. 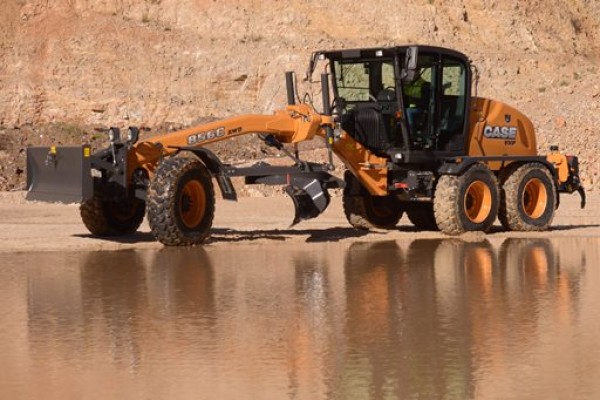 Case to launch grader at Intermat

22 Jan 15 Here's a first look at Case's new grader, to be launched at the Intermat trade fair in April. 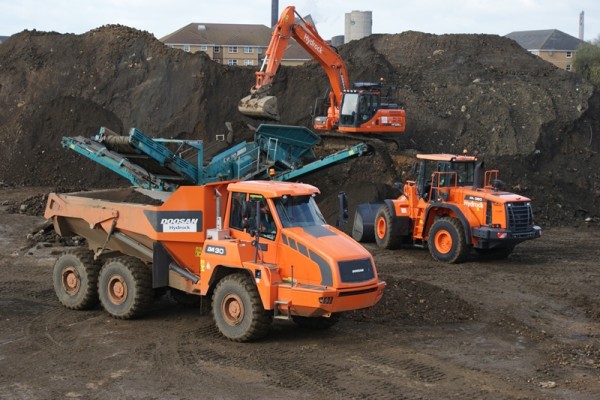 14 Jan 15 Doosan equipment is at the forefront of a waterside regeneration contract in Northampton. 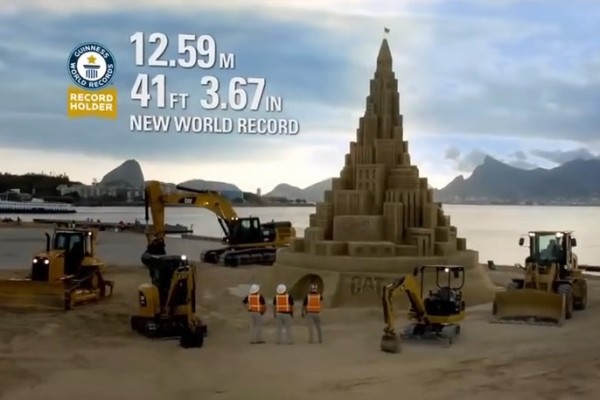 15 Dec 14 In the latest stunt from its creative team, Caterpillar has built the world’s biggest sand castle. 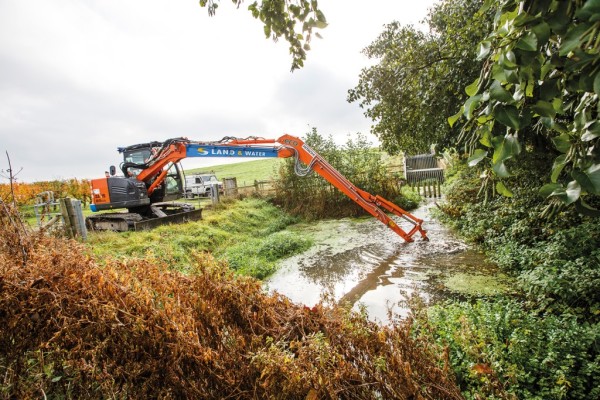 10 Dec 14 With every expectation of another wet winter, it looks like specialist contractor Land & Water is going to remain up to its eyeballs in work for quite a while yet.