14 Apr Although revenues and profits have taken a tumble, the UK’s earthmoving sector is confident of a cyclical upswing. David Taylor reports

When we last looked at the earthmoving sector, this time last year, things were looking up for most of the 20 leading contractors.

After a period of mixed fortunes (some companies seemingly in the doldrums while others landed fat, profitable contracts) the overall picture looked altogether healthier.

We were able to report total revenues up more than 15% and pre-tax profits up 27% with an average margin of 6.9%.

A lot has happened since March 2020, of course. Almost as soon as we published last year’s Sector Focus, the industry went into lockdown for the first time in response to the Covid-19 pandemic. That certainly affected some of the results published here, but it doesn’t fully explain why this year’s figures are so downbeat.

Our review of the sector is based on each company’s latest accounts filed at Companies House and these figures relate to a period from September 2018 to September 2020.

The figures show total turnover for the top 20 earthmoving contractors down more than 10% to £735.3m (2020: £819.1m) and overall profits down a massive 33.1%, from £58.5m to £38.7m. Only six of our top-ranking companies registered an increase in revenues and only three managed to increase their pre-tax profit figures.

“The pandemic had a significant impact on the business in the spring and the balance of the financial year has been spent recovering,” wrote company secretary Paula Jean Church in her annual business review.

“Initially the business stopped and activity levels dropped to near zero. Business activity started to return in May 2020 and we have been building from that point,” she added.

MJ Church reports that, like many other businesses, the various government schemes – furlough, VAT deferral and Time to Pay – “provided us with the breathing space to restart and refocus the business”.

Despite its latest figures’ exposure to six months of Covid upheavals, MJ Church maintains its position at number five on our table of the top 20 earthmoving specialists this year.

The largest company in the sector is still M&J Evans Construction with revenues of £135.9m for the 12 months to 30th November 2019. The company is one of only five top-20 earthmovers to increase revenues last year. It turned over £130.3m in 2018.

In its strategic report, M&J Evans identifies Brexit as having been the biggest challenge during the relevant reporting period, but the company is satisfied with its profit figure and pleased that it managed to secure work with new clients and continue growing the business during 2019.

During this period Evans opened a new regional office in Banbury, Oxfordshire, which “contributed towards a strong improvement in the value of the company’s order book”.

The company’s accounts were filed in July last year, long enough into the pandemic for the company to be able to say what measures it was taking to deal with the crisis. The directors prepared “more detailed” financial forecasts incorporating “various scenarios such as not all construction sites returning to work for various periods” to consider the likely impact on the company’s ability to meet its financial obligations, said managing director Alex Clack.

Although overall revenues and profits fell significantly over the period in question, there is no reason to conclude that the earthmoving sector is in crisis. The sector is very cyclical and is used to fluctuations in the flow of work. And while the majority of the top 20 companies saw pre-tax profits decline, they were still in profit. Only one – CA Blackwell – made a pre-tax loss.

Not so long ago CA Blackwell was the dominant player in the earthmoving sector. In 2016 its turnover was nudging £100m – but it hasn’t filed a pre-tax profit for nearly a decade.

In January 2016 Blackwell was bought by opencast mining group Hargreaves Services for £12m. In the company’s latest strategic report at Companies House, it states that “the financial backing this group provides enables the company to tender on much larger projects than they were previously able”.

It also acknowledges its failure to make a profit for several years and says the directors “have refocused the business on its core competencies, specifically to concentrate on major linear earthworks contracts”.

“This strategic decision increases the company’s dependency on securing subcontractor positions on major infrastructure projects which would typically be in the transport infrastructure sector but, in the directors’ opinion, improves the outlook for future profitability and reduces contractual risk,” it explains.

While Blackwell’s turnover dropped, Scottish contractor RJT Excavations saw the biggest increase in turnover of all our 20 companies – up 77% to £25.5m in the year to May 2019 (from £14.4m the previous year).

“The profits for the year before taxation and dividends of £780,224 whilst being down from 2018 is regarded by the directors as a reasonable result in a very challenging marketplace. The underlying business continued to perform in line with expectations,” commented the company.

This year sees the departure of one name from the list and the arrival of another.

UKD Groundworks & Engineering – number 11 on the table in 2020 with a turnover of £28.6m – fell into administration last spring. The company was reported to be battling mounting debts and was suffering acute cashflow problems with major contractor clients slow to pay.

Coming in at number 20 on the table is Canterbury-based Ovenden Earthmoving. This company turned over £9.9m-worth of business in the 12 months ending June 2020, slightly below 2019’s figure of £10.5m. Nevertheless, pre-tax profit remained virtually unchanged at £1.1m and the net profit margin before tax rose from 5% to 11%.

The directors commented: “Whilst Covid-19 has had a negative impact on the business, as it has for the economy generally, the business has been able to continue trading profitably during the disruption and expects this to continue for the foreseeable future with new contracts having been won and tendering for more still.” 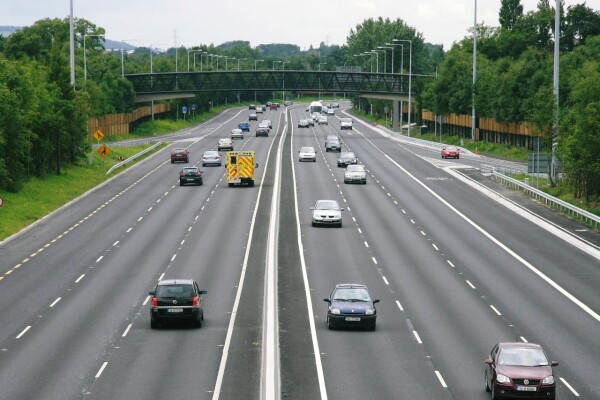