29 Jun 20 Local authorities in the capital, including Transport for London, are making life near impossible for essential mobile crane operations, a leading company owner has warned.

Trevor Jepson, owner of City Lifting, which operates both mobile cranes and tower cranes, says that the constraints on moving heavy vehicles across London and setting up lifting equipment are being made unnecessarily onerous.

“I feel we are having to rush a complicated and high risk operation to please people with power and no idea of reality,” he said.

Crane companies have to apply for special permits to move heavy machines around and if they need to close off a street temporarily to erect a tower crane. It is usual for conditions to be attached by councils and highway authorities, inclduign working hours, but many seem to take glee in imposing the tightest possible conditions and enforcing them enthusiastically, rather than seeking to work with and support the construction industry.

Trevor Jepson took to the LinkedIn social media platform to vent his frustrations. “Some councils, TFL and powerful residents are making it almost impossible to work,” he said. “We had to dismantle a Wolff 166B tower crane but were only given 08.00 to 13.00 for a road closure over two weekends. Considering how long it takes to rig and de-rig a crane of this size it is making working in London very expensive.”

He added: “The councils all have their own ways and agenda and TFL are difficult to deal with. We are threatened with ‘bans’ for overrunning and fines from environmental health for noise. ‘Can’t you use rubber hammers?’ [was] a genuine question from them.”

Some traffic authorities also seem to offer little support in ensuring roads are cleared of parked cars even after approving an application for road closure, Trevor Jepson says.

“You pay for parking suspensions for a complex time-critical job and parking enforcement will come out and ticket vehicles on the suspension, but they won’t remove them. Closures are cancelled at short notice for demonstrations and the new cycle lanes have made some jobs impossible as the road is narrower and they will not close the cycle lanes at all.

“Covid-19 hasn’t helped as they banned nearly all work and cancelled already agreed closures and permits. Common sense would dictate carry out the work while nobody is about. We have a tower crane in Fulham should have been dismantled months ago but the closure was cancelled.”

He said the construction industry needed better political support: “As for the mayor, he is only really interested in revenue generation and votes. The CPA [Construction Plant-hire Association] fight our corner on ULEZ [ultra low emission zone] and the congestion charge but have limited success.”

Trevor Jepson’s LinkedIn post attracted support from across the industry, including from Dermot O'Neill, retired sales and service manager of Liebherr-Great Britain, who wrote: “God forbid an accident happening by forcing creditable companies to rush high risk jobs. It beggars belief that people who control these areas have a total disregard for safety and also made the job twice as long and expensive with increased risks. It’s about time these do-gooders listened to the professionals like City Lifting before making absurd decisions that increase risk, not reduce it.” 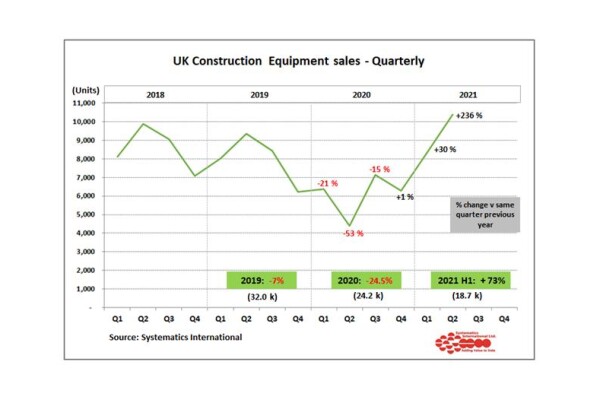 1 minute Sales of UK construction and earthmoving equipment were more than 70% above 2020 levels in the first half of the year and were also up on 2018 and 2019. 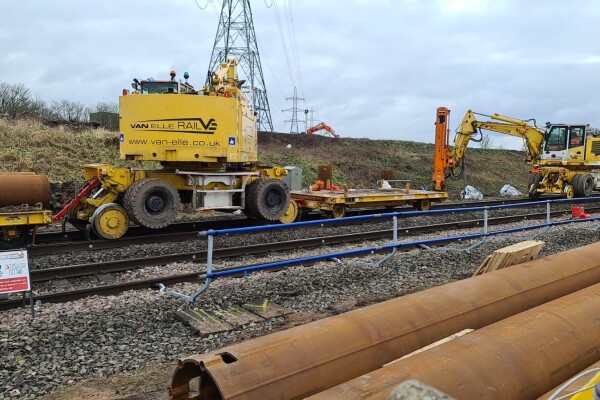 3 minutes Van Elle and Keltbray have begun piling works on the Core Valley Lines in preparation for the electrification of the South Wales Metro. 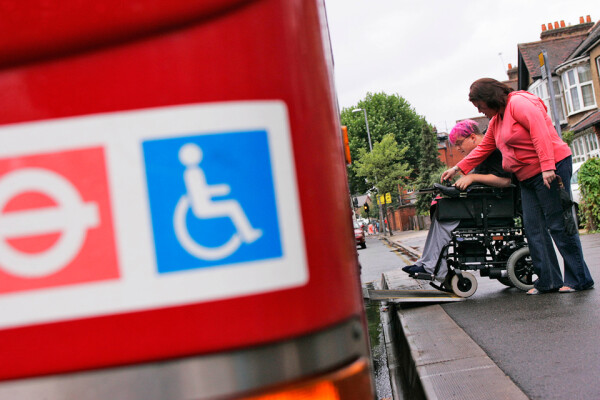 6 minutes A new national strategy is putting in place measures to give disabled passengers better access to public transport and a bigger say in how they travel. 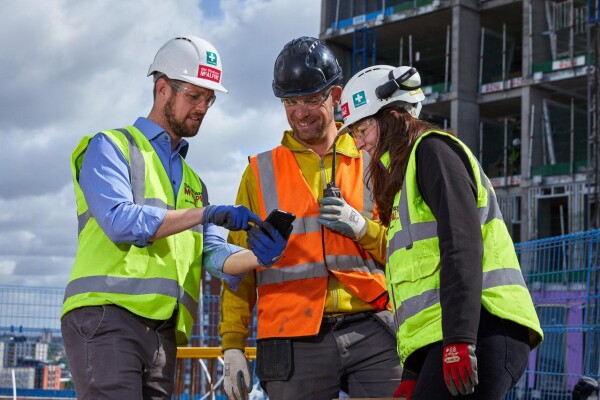 7 minutes Sir Robert McAlpine has committed to achieving science-based targets as part of its efforts to cut emissions.