25 Feb The GMB union has condemned the decision of Marley Tiles to sack three employees who took part in industrial action.

Building materials producer Marley, which was taken over by private equity investors in 2019, has been embroiled in an industrial relations dispute over pay.

GMB, the union at Marley Tiles in Reading, believes the dismissal of three of its members and the final written warnings given to two other members, was for engaging in lawful industrial action at the tile factory in Beenham.

The industrial action took place in December 2020 and resulted in disciplinary action for five members including the workplace rep on 23rd February 2021.

Feelings were inflamed after a company manager was reported to have ‘driven his car at excessive and dangerous speed at the picket line’ of workers, as well as encouraging a lorry driver to also drive at the picket line, which was captured on CCTV.  No action has been taken against either drivers GMB said.

Staff at the Beenham site are currently working to rule and have been balloted on further strike action over the disciplinary action against their colleagues.

GMB regional organiser Nikki Dancey said: "The three dismissed workers have an incredible 101 years in employment at Marley Tiles, between them, far longer than many of the company senior management.  The manager who displayed total disregard for his own staff during the strike has been lauded by the company, while they have been sacked.

“Marley Tiles supplies household names such as Bovis Homes, Crest Nicholson, and Jewsons.  GMB urge these long-established companies not to allow the actions of Marley Tiles senior management to affect their reputations.

"GMB has balloted members about strike action in defence of the disciplined workers and is preparing the ground for employment tribunal claims to be made against the employer for discrimination on grounds of trade union activity.

"This was a lawful strike, undertaken after a stringent postal ballot, by workers engaged in keeping the building industry supplied with roof tiles. The work is dirty, noisy and potentially dangerous, and their pay offer was derisory.  These workers deserve an apology from the company, not to be penalised for standing up for their rights.”

21 hours The true cost of replacing dangerous cladding is likely to be closer to £50bn than the £5bn allocated by government, according to a Midlands contractor busy pricing up jobs.

17 minutes Transport Scotland is being asked to fund the design and delivery of over £55m of transport infrastructure in the Highlands. 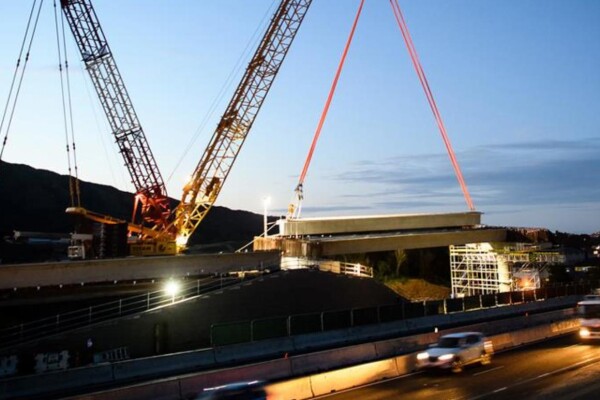 20 minutes A review of New Zealand’s Transmission Gully motorway project has identified flaws in the planning of the scheme that it says should have been addressed before work started.