20 Nov 15 Attachments, once regarded simply as add-ons, are becoming an important part of the hire inventory in their own right

The days when the only attachments available for earthmoving machines comprised a range of different buckets are long gone. Today, all kinds of handy tools are available and the attachments market has gone from strength to strength as more firms pursue greater machine utilisation to boost productivity. Digger attachments haven’t always been so popular, though, and in the past both suppliers and end users sometimes found that using these new-fangled components actually hindered, rather than helped, productivity.

What’s very noticeable now, though, is that more and more manual tasks have entered the machine’s domain. For example, hedge trimming, yard sweeping and ground raking are just three jobs involving intensive hard labour which are now routinely performed by machine. Both machine OEMs and attachment specialists now promote the combination of a basic carrier with an arsenal of attachments as the ‘Swiss Army Knife’ of the construction industry. The aim is to do more with less, and hence a standard excavator can now be fitted with attachments allowing it to break, lift, sweep, drill, pile-drive, hammer, crush, and screen – as well as dig - without the need to hire additional plant. Short of making a cup of tea, there’s really not much they can’t do. So what’s changed and why is the industry only now responding with open arms? Hewden chief executive Adrian Murphy believes that, until recently, the hire industry has failed to appreciate the revenue potential offered by attachments. Earlier this year, he told The Construction Index: “People don’t do attachments very well in the UK. They’re more complicated to manage and are usually regarded just as an add-on.”

That is now changing. The attachment market is growing strongly and Hewden is determined to profit from this trend, having created the new role of attachments manager, currently occupied by Alex Gadd. Gadd explains that innovation has been key to the growth of the attachments sector in a number of ways. Firstly, new mechanical systems have enabled users to quickly switch from one specialised task to another. “With the introduction of quick hitches, contractors found they could quickly switch from one attachment to another and get back to the job at hand, saving money and boosting productivity,” says Gadd. Of course cost is another factor that has stimulated growth. “Not only has the total cost of ownership reduced because of the efficiency

gains, the general cost of hire has also come down over recent years making attachments a more attractive proposition for customers,” says Gadd.

Finally, variety has improved. There are more attachments today than ever before. Things like auger and compactor attachments are commonly used on site today whereas previously firms would have had to resort to manual labour or specialised machinery to do the job.

One of the factors that has traditionally restricted the widespread use of different attachments is their incompatibility with various different machines. Some were – and still are – only usable in combination with specific brands of carrier machine.

Hewden recognised this earlier this year when it entered into an agreement with attachment manufacturer Miller to offer a range of boom- mounted breakers along with its excavators.

The £1m deal means that Miller supplies a range of breakers to Hewden, modified to the customer’s specification. Crucial among these is a custom-designed hanger plate that makes each breaker compatible with both JCB and Caterpillar mounting systems.

Not surprisingly, with the growing marketability of excavator attachments comes a heightened risk of theft – one of the perennial challenges for the plant hire industry. Nevertheless, thanks to the work of organisations such as the Plant and Agricultural National Intelligence Unit (PANIU) and greater collaboration among hirers to address the issue, plant theft has reduced dramatically in recent years. “But unfortunately plant theft seems to have been replaced by attachment theft,” says Gadd. He cites the recent annual report from PANIU showing that the number of reported attachment thefts in the UK increased 80% during the period January-March this year.

Hewden’s response is to ensure that each one of its new Miller breakers is fitted with a GPS tracker as standard. “This is already paying dividends, as we were able to successfully recover breakers that were stolen from the sites of two of our customers,” says Gadd. “On both occasions, the breaker was returned the same day, leaving the customer to get on with their job and the police to deal with the criminals.” Gadd says that his company is actively encouraging all hirers to follow suit and introduce tracking devices on attachments. “By doing so, we will quickly buck this damaging trend and reduce construction site crime. We’ve seen the positive impact that it has had on the plant hire industry and there’s no reason why we can’t do the same with attachments,” he says.

There will no doubt be further innovation as manufacturers and hirers look to introduce equipment that is safer, more efficient and more cost-effective for customers. We might even see new attachments enter the market that help streamline jobs further. Anything is possible, but for now you might still need to make your own cup of tea.

Hewden has spent more than £1m on a range of Miller breakers, each one with a GPS tracker fitted to help locate it if lost or stolen. One of the first customers to hire some of this equipment was specialist retail and forecourt construction contractor Williams Southern, which hired a breaker for use on a site in Southampton. At 10.46am on August 26th, Hewden received a report from Williams Southern that the hydraulic breaker had been stolen. At 11:13am Hewden informed tracking company Automatrics, which was able to trace the GPS signal. By 11.52am Automatrics had alerted the recovery team.

As Hewden had a detection officer in the area, he was sent the coordinates and headed out to find the street where the signal was being emitted. Via mobile detector, he concluded that the breaker was probably inside a white Transit-type van parked by the roadside. The police were alerted, and at 5.19pm the door of the van was forced open to reveal the stolen breaker. “Plant theft, although thankfully on the decline, is still a major problem for contractors like ourselves,” comments Matthew Easterbrook, senior buyer at Williams Southern. “Without the tracking system fitted to this breaker, we would have experienced a fair bit of disruption on site, in addition to the burden of insurance claims and unwanted charges. Instead, we were able to quickly get back to work and leave the rest to the police.”

Hewden estimates that attachment theft could be costing the industry more than £1m a year, and recommends that the wider hire industry follows suit and makes trackers standard on all attachments. Detective Inspector Caroline Clooney from PANIU agrees. “When you look at the data, it appears that the theft of smaller items, such as attachments, which are easier to conceal in vehicles, are the ones on the rise. In the past we’ve seen hire firms come together to tackle plant theft and we applaud and support Hewden for taking the initiative with attachments too.”

This article first appeared in the November 2015 issue of The Construction Index magazine. To read the full magazine online, click here.

57 minutes Highways England is hosting a trial of a new polymer-modified bitumen mix that is being described as an anti-ageing cream for roads.

21 minutes En+ Group has produced aluminium with what it claims is the world’s lowest carbon footprint. 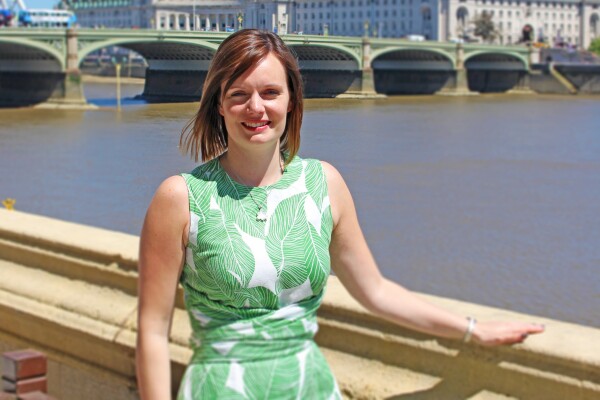