The prototype LX03 wheeled loader from Volvo Construction Equipment is a concept machine that has been inspired by Lego.

There have been several Lego toys inspired by Volvo machines, but this is the first time that the inspiration has flowed in the other direction.

The Volvo engineers liked the Lego Technic Zeux loader so much that they decided to make an industrial version. This fully autonomous, battery-electric prototype Volvo LX03 is described as “the first real-world example of a self-learning concept wheel loader with the brains to make decisions, perform tasks, and interact with humans”.

It can be programmed by the operator to complete heavy, repetitive or dangerous tasks, reducing the need for a human on site.

It is the first time that a Lego Technic model has been turned into a real machine. While not actually commercially available, Volvo engineers say that they expect insights from the LX03 will feed into future applications.

The original concept was devised jointly by Volvo Construction Equipment and Lego Technic engineers and designers.

Melker Jernberg, president of Volvo CE, says: “We need to transform the construction industry with smart and more sustainable solutions that will have an impact on a global scale. The unveiling of the LX03 prototype today represents just that – and is testament to the incredible expertise of our engineers and our united commitment towards positive change. Together with the Lego Group, we are pushing the boundaries of both technology and imagination and the result is beyond anything the world has seen before.”

What started out as a fun project between designers and engineers at the two companies, to explore the potential for future construction, evolved over time (with the help of a team of smart children) into the launch of the 42081 Lego Technic Concept Wheel Loader Zeux.

Lego Technic head of product, Niels Henrik Horsted, says: “Our two companies have enjoyed an extremely successful partnership over the years in which we have collaborated on several Lego Technic models. But this is the first time we are making a real machine based on a model and not the other way around – and that is what makes this a truly unique project.”

Volvo’s prototype LX03 is a 5-tonne wheeled loader that has been developed as a modular concept, with the capability of being made larger or smaller with just one or two changes to the manufacturing process. It shares its driveline with the L25 Electric, making it a zero emission machine with a runtime of up to eight hours depending on its application.

11 Nov Apparently this is a football match. It looks more like wrestling to me. 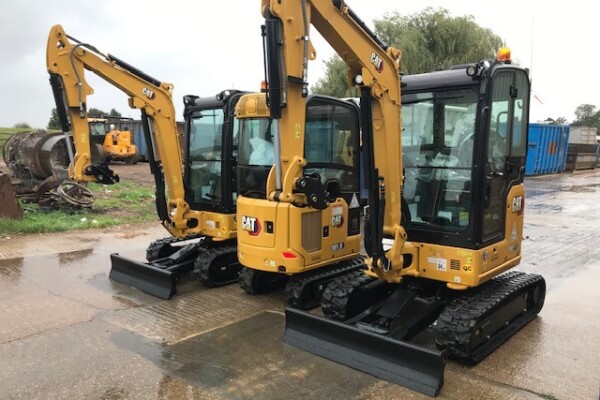