13 Dec 12 Victoria, the fourth tunnelling boring machines on the Crossrail project, has now begun her journey.

She joins her sister TBM Elizabeth to create the eastern section of the new rail line between Docklands and central London.

Elizabeth and Victoria are Crossrail’s third and fourth tunnelling machines and follow Phyllis and Ada who were launched in west London earlier this year. Elizabeth and Victoria will tunnel beneath the River Lea through new Crossrail stations at Canary Wharf, Whitechapel and Liverpool Street before arriving at Farringdon in late 2014.

Crossrail chief executive Andrew Wolstenholme said: “The start of tunnelling by Victoria is a significant milestone to end 2012. With sister machine Elizabeth already underway, tunnelling for Crossrail’s eastern tunnels between Docklands and Farringdon is now fully up and running.”

In west London, Crossrail’s first two tunnelling machines Phyllis and Ada have now completed more than 3km of tunnelling. Phyllis is currently under Hyde Park while Ada has entered the station box at Paddington after passing under the national rail lines into Paddington station.

Across the whole Crossrail project, eight TBMs will dig 21km (13 miles) of twin tunnels under London. The Crossrail route will pass through 37 stations and run 118km (73 miles) from Maidenhead and Heathrow in the west, to Shenfield and Abbey Wood in the east.

19 minutes The prospect of cement delivery drivers going on strike has been averted after HGV drivers employed by Hanson accepted an improved pay deal. 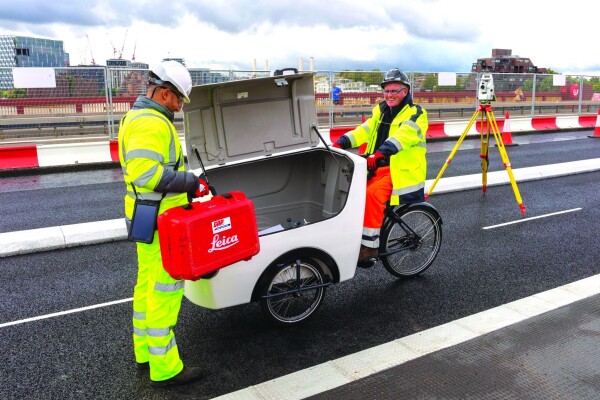 22 minutes Ringway, a highway services subsidiary of Vinci, has been stepping up its investment in electric vehicles and machinery as it moves towards its target of 40% reduction in Scope 1 and 2 carbon emissions by 2030.

Affected by the material shortage?

14 hours MB Crusher attachments help companies to eliminate purchasing and waiting for material deliveries by creating a stock of material from previous projects.