13 Feb Since asbestos was banned in 1999, you won't find it any buildings built after 2000 – right? ...Wrong! ...It’s still turning up in new buildings. This article from specialist testing house Socotec explains.

When the Asbestos Prohibition (Amendment) Regulations 1999 banned the import, supply and use of asbestos and asbestos-containing materials (ACMs) in the UK, HSE guidelines stated that no asbestos fibrous minerals should be contained within commercial and non-domestic buildings constructed after the year 2000. But what is the recommended course of action when asbestos is discovered within post-2000 buildings?

According to recent research, of the six million tonnes of asbestos imported into the UK, a substantial amount still remains in an estimated 1.5 million commercial buildings, as well as in more than two million private domestic properties. While the majority of these will be buildings constructed prior to the 1999 ban, there have been many occasions where asbestos will have been physically transported onto post-2000 premises… unbeknownst to the inhabitants.

Despite the legislation prohibiting the supply and usage of ACMs, there was in fact a loophole that excluded materials that were already in use prior to the ban being enforced. As a result, existing stocks of materials and products containing the fibrous mineral were permitted to remain active until they reached the end of their service life; and exemptions on the use of chrysotile were still in place until as late as 2005. As the ban did not legally mandate the removal and eradication of asbestos-containing products, it is easy to see that such materials that were well within their service life could easily have been transported into properties constructed after the year 2000.

There have also been cases where stockpiled ACMs have been used throughout the construction supply chain, particularly when taking importation legislation into account. British law states that all imports coming into the UK should be declared 100% free from asbestos; however, the declaration level outside of the UK varies considerably. Across Europe, the asbestos-free level is 0.1%, the USA at 1% and less than 10% across parts of Asia, meaning that there is room for error for ACMs to be imported in the UK.

Another example of asbestos discovery within buildings constructed after the 1999 ban is on brownfield sites, particularly when pre-2000 commercial and industrial buildings have been demolished or redeveloped to make way for new premises.

Asbestos is frequently discovered within the soil, rubble and debris of brownfield sites for a number of reasons, such as the site having been used for fly tipping, or if the redeveloped site was demolished prior to the implementation of the asbestos ban. It can also occur when those responsible for the redevelopment works do not take the required time and care to properly dispose of construction materials, or when they use asbestos-contaminated soil as top soil or backfill.

Where can asbestos be found?

Renowned for its insulating, heat resistant and strengthening properties, asbestos was commonly used within a range of different construction materials in the late 20th century, including roofing, sprayed and textured coatings, insulation materials, ceiling and wall panels, cladding, floor and roof tiles, textiles, soffits, water tanks, pipe lagging and gutters. Its versatility meant that it could be found in a range of locations within a building, from airing cupboards and fuse boxes to fireplaces and boilers.

Asbestos insulation board and cement also featured heavily in common household objects in the late 20th century, having been incorporated into such products as hairdryers, safes, dishwashers, ovens, washing machines, toasters and ironing boards. The fibrous mineral has also been discovered in more unusual objects over the years, including make-up, toilet seats, jewellery, cameras, radios, crayons, books, toys and even talcum powder. Collectors of antiques are required to proceed with caution when bringing these goods onto the premises, as this is yet another way in which asbestos can be discovered within a post-2000 property.

Over the years, members of Socotec’s asbestos team have uncovered the fibrous mineral on a wide range of premises constructed after the nationwide ban. As said above, it is extremely common for older plant and equipment to be transferred into ‘newer’ buildings; it may contain asbestos or it has been brought in from a site surrounded by the hazardous fibres. This was the case in a UK prison surveyed in the early 2000s, which was found to be asbestos-containing following the discovery of plant that had been transferred from an older building containing asbestos gaskets.

Similarly, an old factory site full of asbestos was closed and relocated to a new, purpose-built facility constructed in 2004. As this was built after the ban, it was presumed that no ACMs were used within the construction materials, with no asbestos reinspection required. However, a group of old industrial ovens were transferred from the old site to the new factory, all of which were asbestos-containing.

Stockpiled construction materials have often been the cause of newer buildings being contaminated with asbestos fibres. Due to the fact that the 1999 legislation allowed asbestos-containing materials to be used until the end of their service life, it was common practice for builders to hold onto these or salvaging them from damaged or demolished structures to be used again. This was the case during an asbestos survey of a school in 2002, where a surveyor noticed that the contractor was re-roofing the veranda using asbestos-containing tiles. [Recycling is generally good, but not always – ed.]

The general rule of thumb for duty holders or owners of buildings constructed after the year 2000 is to presume that there will be no asbestos located on the premises. However, it is still good practice to remain vigilant about the possibility of it being present, such as within old electrical equipment that has been transported into the building, or if post-2000 premises are built on existing basements or linked to adjoining structures.

Legislation and HSE guidance currently recommends that an asbestos-containing material can be left if it is in good condition and condition and unlikely to be disturbed or damaged, as it is only harmful to health when fibres are released into the atmosphere. However, if a material is presenting signs of ageing, damage and/or deterioration, or if repairs or refurbishment are to take place on or near to the material, it is time to call in a specialist to survey the level of risk and recommend remedial action.

This article was supplied by Socotec UK, formerly ESG, which provides testing, inspection and compliance services to construction and other industries, with a network of 20 UKAS accredited laboratories 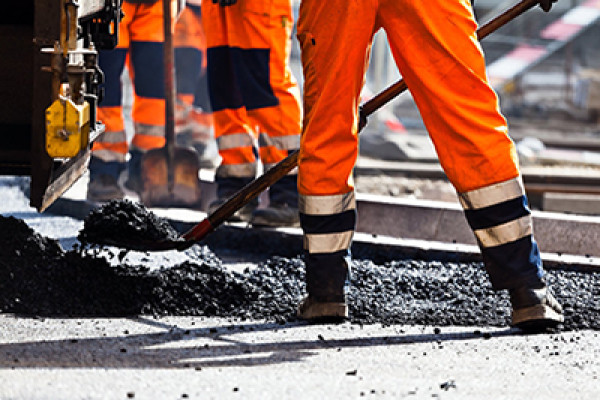 21 hours Concerns are being raised about the failure of highway maintenance contractors to observe the new coronavirus Site Operating Procedures and maintain social distancing.

1 day UK construction industry activity in March 2020 fell to its lowest level for nearly 11 years, and – as is by now patently obvious – there is worse to come. 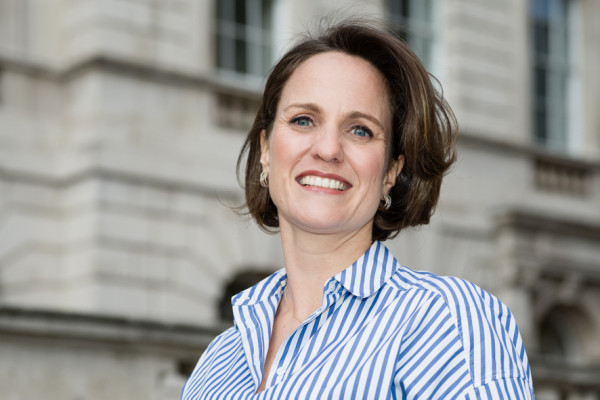 15 hours There is a skills shortage in the construction industry and it’s especially acute in the heritage sector – but what can be done about it? Hannah Prowse, head of national projects at English Heritage, has some suggestions 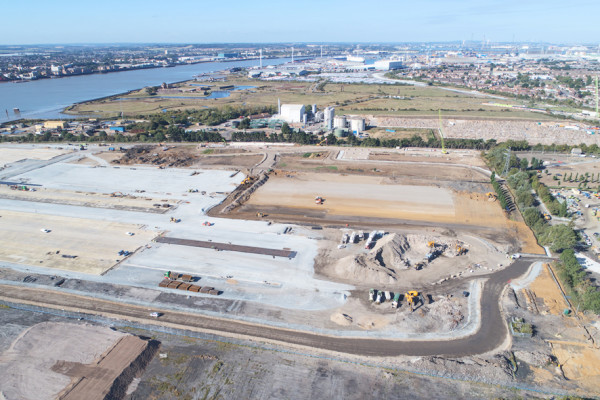 18 hours The Builders Merchants Federation has produced what might be the construction industry’s most useful service of the moment – a list of where to get supplies. 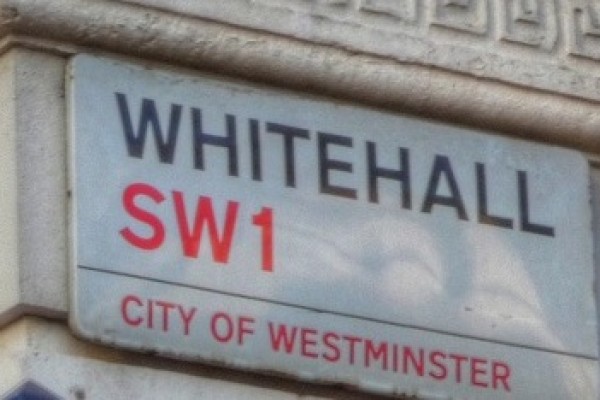 19 hours The Cabinet Office has published new guidance for government purchasers in light of the Covid-19 crisis. 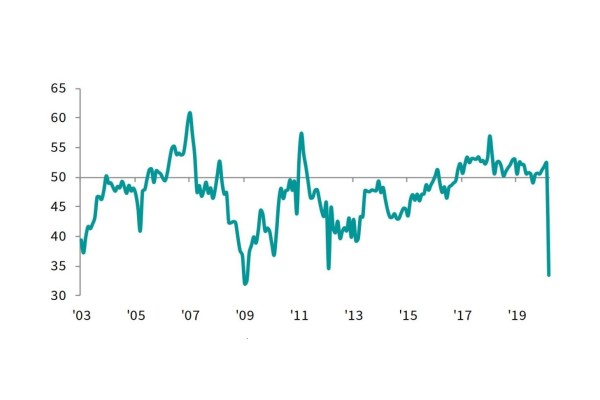 19 hours Construction activity in the Eurozone slumped in March, falling at fastest rate for over 11 years as measures to limit the spread of coronavirus took hold.