Nearer, my God, to thee

It all seemed rather quiet at first when I visited Matt Butler, contracts manager for All Access at Canterbury Cathedral, on what proved to be the warmest February day since records began. A few tourists were wandering around, respectfully taking it all in, and a small group had congregated for 11am prayers in one of the transepts. But considering much of the structure is covered in scaffolding, there didn’t seem to be a lot of what you could call work going on.

Then suddenly, no more than five minutes later, a hi-vis hard-hatted crew traipses past and gets to work, erecting a temporary access tower. Or rather, gets back to work. For this is how it goes at Canterbury Cathedral. It is not a construction site; it is a place of worship, where prayers and services come first.

Aside from frequent services, prayers are held every hour, on the hour, during the working day and the All Access guys quietly make themselves scarce to avoid any disturbance.

Canterbury Cathedral is a bit like the Forth Bridge in that maintenance and conservation work is never ending. It is currently just over halfway through a five-year £24.7m conservation and restoration project called ‘The Canterbury Journey’. Jobs being undertaken include re-roofing the 600-year-old nave and the west towers, building a new ‘Welcome Centre’, shop and exhibition space, and the repair and conservation of the Christ Church Gate.

The Bell Harry Tower, the cathedral’s main bell tower, is not part of the current scheduled programme of works.

Some 56 tonnes of lead have been stripped off the roof of the nave, recycled and then re-laid last year to stop leaks; crumbling stonework and corroded Purbeck columns are being refurbished.

The cathedral’s 300-strong workforce includes a team of 30 stonemasons, eight stained-glass conservators and many more specialist conservators. It even has directly-employed scaffolders, including the father of one of the All Access crew.

Margate-based specialist All Access is tasked with all the scaffolding, outside and in, which includes safety decks and – the current focus of its works – lifting platforms.

All Access has been working at the cathedral for three years now, putting together nearly 14km of tubing to create 600m2 of scaffolding. It may not be quite Jacob’s Ladder, ascending to heaven, but it looks like it has the makings of it.

A highlight for the team has been the 53m-long safety deck constructed from 1.9km of scaffold tubes, 16m above the cathedral nave to facilitate the removal and later refitting of the clerestory windows and to give access for re-roofing and stonework repairs.

This provides a platform for the cathedral’s conservation team to work from and also prevents any dislodged material or dropped tools falling onto worshippers or visitors below.

The 33-tonne platform is essentially supported by the stone sills of windows temporarily removed for restoration works.

As with the more conventional scaffold structures on the outside of the cathedral, there is little or no scope for drilling into the ancient, crumbling stonework to tie the scaffolding. Loadings, therefore, are designed to bear straight downwards as much as possible, rather than laterally.

All Access has also installed lifting towers for a separate £4.2m project to refurbish and relocate the cathedral’s old Henry Willis organ, originally built in 1886 and last overhauled more than 40 years ago.

Canterbury Cathedral is unusual in having its organ pipework hidden away in the roof space. New longer pipes are being made and existing pipes repaired and redistributed, effectively doubling the size of the organ to produce a fuller, better-balanced sound.

Organ builder Harrison & Harrison is taking on this work. More than 6,000 organ pipes, some dating from the 17th century, are being repaired, recycled and replaced. The pipes are being installed high up on both sides of the quire (the area beyond the nave). Carrying out the organ restoration at the same time as the fabric repairs means that it can take advantage of access platforms already erected.

The organ console, comprising the keys, stops and pedals, is being moved from above the pulpitum screen, which is between the quire and the nave, to a new free-standing organ loft in the north aisle next to the 12th century quire.

This puts it closer to the new pipework and the choir and gives the organist and conductor a better view of each other. It is also near to where an organ once stood until its removal in 1784. The new organ loft has been designed by architect Caruso St John and will be on a light framework of steel supports, with the console platform enclosed in timber-panelled walls and reached by a spiral staircase.

Earlier this year installation of organ pipework high up in the rafters of the north- east transept was completed, thanks to a lifting platform constructed by All Access.

Before the pipes are installed, however, there is an opportunity for cracks to be filled and crumbling Purbeck columns to be refurbished to withstand the acoustic tremors that the organ pipes will inflict upon the fabric.

The organ is due to be finally ready for the Lambeth Conference in July 2020 when more than 900 Anglican bishops from around the world meet in Canterbury.

It is not just the frequent stand-down for prayers that makes this a different kind of job for All Access. The crew – of about 15 at peak but more usually less than half a dozen – is working cheek by jowl with the tourists, pilgrims and worshippers. They have to phase work not just around church activities – nearly 2,000 services a year – but also other events such as university graduation ceremonies.

And then there are all the fragile artefacts – stained glass windows and crystal chandeliers, some literally priceless – that a stray steel pole could easily encounter in this environment. So far, says Matt Butler, quickly lunging to touch the nearest piece of wood, no such untoward event has occurred.

Both the massive nave platform inside the vaulted roof and the external scaffold structures are scheduled to come down in summer 2021, more than two years away yet.

Most of the scaffolding on the cathedral has been purchased by the cathedral, since a five-year hire would have been prohibitively expensive. The deal is that All Access will buy back most of it, if not all, on completion – giving it a healthy inventory of kit for future projects.

More importantly, for a company established only 10 years ago, it is a powerful reference project for All Access to have.

23 minutes A Dorset construction project is making use of US concrete finishing equipment that has never previously been seen in the UK. 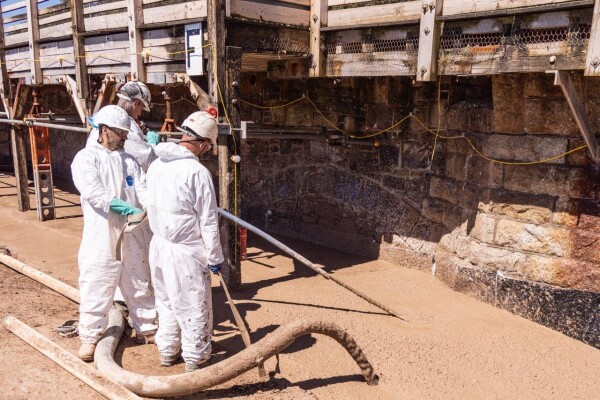 16 minutes The contractor on the Dawlish sea wall reconstruction project in south Devon reckons to be saving 1,130 tonnes of carbon dioxide from entering the atmosphere by using ground granulated blast furnace slag as a cement substitute. 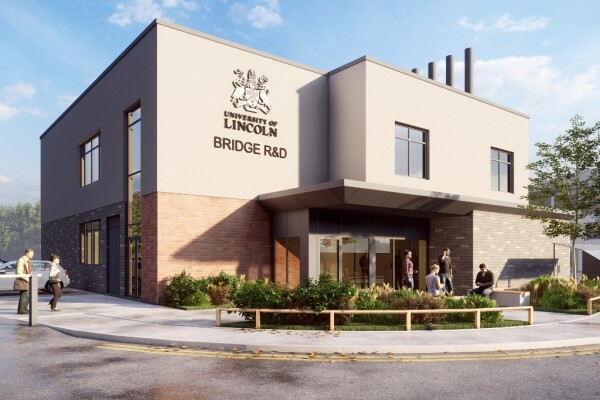 26 minutes Henry Brothers has started work on the construction of a £5.1m research facility at the University of Lincoln.