Plenty in the pipeline

Business remains brisk for the majority of contractors working in the UK’s utilities sector. With most of the top 20 utilities contractors securing work on frameworks of anything from three to 10 years’ duration, revenue security is conferred by solid forward order books.

Our analysis of the top 20 specialists in the utilities sector covers a period of more than two years, from June 2017 to October 2019. The figures quoted here represent the most recent results submitted by each business at Companies House.

Morrison Utility Services (MUS) remains the dominant player in this sector, with turnover in the year to April 2019 of £873.8m – getting on for three times that of its nearest competitor, JN Bentley, which recorded revenues of £307.9m in the calendar year 2018.

Morrison’s turnover has risen by 12.3% since 2017/18 (£778.4m), largely due to an increase in the volume of work in the gas, water and telecommunications business. Growth was offset by a slight reduction in work on electricity infrastructure projects, says MUS.

During the relevant period, the group launched a new business to focus on work in the telecommunications industry. The telecoms activity previously carried out by MUS is now being undertaken by the new outfit, Morrison Telecom Services.

“As we go forward into 2019, we are expecting this rate of growth to moderate, albeit with the majority of our 2019 budget already secured via direct allocation within our existing frameworks,” said the company.

Around 85% of JN Bentley’s workload is in the water and wastewater sector and the company says its priority now is to retain a focus on this sector “and look to develop further revenue streams whilst exploiting opportunities presented by its membership of the Mott MacDonald Group”.

JN Bentley’s pre-tax profit figure actually fell in 2018, from £8.3m to £6.3m (down about 24%) and margin also declined from 3.2% to 2.0%. The company says that this is due to “a small number of under-performing contracts across several of our frameworks. Maintenance of a strong set of operational control procedures and further enhancing the skill-set of our project delivery teams is seen as a key priority over the coming year to reverse this recent decline.”

The company – which changed its name from VBMS (UK) in December 2018 – is a specialist in the laying and burying of export and infield cables for offshore wind farms. It also carries out cable repairs and shore-landing operations for the renewables market and the oil and gas industry as well as the installation of subsea interconnectors.

“The reduced turnover for 2018 compared to 2017 is due to timing, with contracts either starting or finishing. It is expected that turnover for 2019 will be significantly improved,” said the company.

Boskalis Subsea remains part of the Dutch-owned VBMS Group. In January 2018 it changed its functional currency from pounds Sterling to Euros. “This decision was taken as the company’s contract and operating costs are predominantly transacted in Euro,” it explained.

With disastrous-looking pre-tax losses for at least the past three years, MWH Treatment would seem to be a business mired in trouble. The fact that ownership of the company has been somewhat fluid in recent years adds to that impression. But all is well, says the company.

MWH Constructors (as was) changed its name to Stantec Treatment in January 2018 following the acquisition of its US parent company (MWH Global) by Canadian rival Stantec Inc. But Stantec swiftly decided to dispose of its new loss-making subsidiary and sold it to a US-based investment fund, Oaktree Capital Management.

The Salford-based company subsequently reverted to a new version of its old name and became MWH Treatment in December 2018.

A specialist in water treatment, MWH issued a statement to the press in May 2019 setting out its financial position: the water business was doing well and had “exceeded forecasts”, said the company. In fact, it generated operating profits of over £5m for the financial year to March 2019.

“The losses reported in this and previous year’s financial statements are almost exclusively as a result of projects executed in the waste and energy sector,” explained the company.

“MWH Treatment no longer operates within the waste and energy market and as a legal condition of the disposal of the MWH Group and change of ownership on 2nd November 2018, the company was indemnified against liability for all future costs associated with these projects by the former parent group headed by Stantec Inc.

“The directors believe the core water business is both profitable and sustainable and they remain optimistic as to the future prospects for the company,” concluded the statement.

So the overall picture for companies reliant on the utilities markets seems fairly bright – despite all the usual fears over Brexit (which, of course, haven’t gone away simply because the UK has officially left the EU).

Average margins in the sector are pretty thin at around the 2% mark. But as long as those framework contracts keep coming, the sector should be able to breathe easily.

This article was first published in the March 2020 issue of The Construction Index magazine.

5 hours After UK construction work ground to a halt in April, activity fell even more in May. 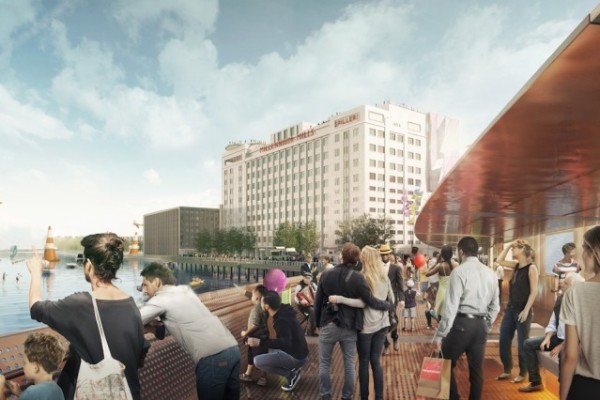 1 day Building products producer Forterra plans to mothball its Bison hollowcore flooring plant in Derbyshire and make around 225 redundancies as part of a wider restructuring.

1 day Brick and block producer Ibstock is in redundancy talks with employees as a result of the impact of the coronavirus lockdown. 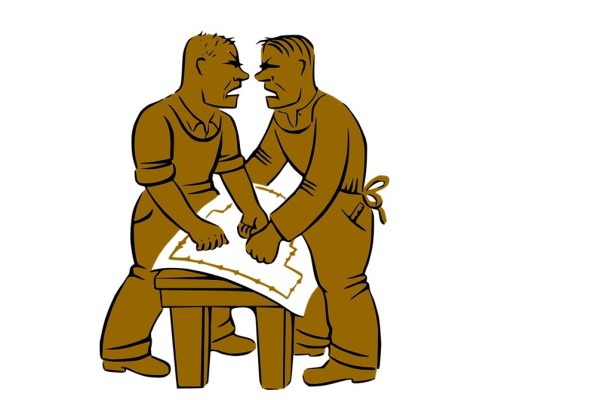 6 hours The time taken to resolve construction disputes in the UK has fallen to an average of just 9.8 months in the last year, according to the latest Arcadis report.