Collins Earthworks approached Caterpillar dealer Finning with a need for machines to support its project on the new Segro logistcs park at Northampton Gateway. It opted for the Cat 637 scrapers – machines rarely seen in the UK.

Adding to the uncommon nature of these machines, Collins has also opted for push/pull systems, negating the use of trucks and excavators. The push/pull system concentrates the combined horsepower of the tractor and scraper onto one cutting edge, allowing two individual scrapers to act as a self-loading system – typically loading both machines in less than a minute, one after the other.

“As we are continuing to work on various projects – big and small – throughout the UK, having the 637K scrapers in our fleet gives us the flexibility to fulfil any project efficiently” says managing director David Collins. “Earthmoving work comes in all shapes and sizes, and there is no ‘one fix for al’” solution. Having a mixed fleet including the 637Ks, excavators and articulated dump trucks (ADTs) means that we have the versatility to complete any job, setting us apart from our competitors.”

Finning national account manager Jake Wright adds: “It is amazing to see an investment into Cat 637Ks here in the UK – scrapers fill a niche in earthmoving that no other machine can compete with, and we haven’t seen these kinds of machines in the UK for a number of years. A good fleet of scrapers can make it much cheaper than the number of excavators and trucks that would need to be used to move the same amount of dirt.

“Convenience is also key here. An efficient groundworks operation with excavators and trucks will often take several people, whereas at a moment’s notice, one operator can get on the scraper and do the same job. For short distance bulk earthmoving they are lower cost and faster than any other haulage unit. I don't think any other set-up can compete with a push/pull tandem scraper setup in sand, gravel, clay or topsoil.”

Segro is investing £190m into infrastructure works at Northampton Gatewa, including new rail connections, upgrades to junctions 15 and 15a on the M1, a new bridge over the West Coast Mainline, a bypass around Roade, improvements to the A45 and safer junctions along the A508 – all being built by Winvic as main contractor under a £107.5m infrastructure works contract. 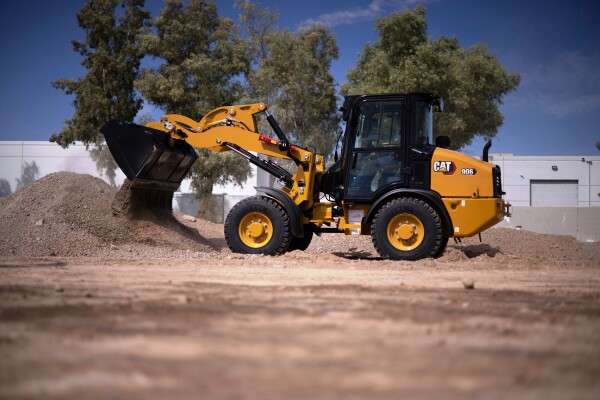 2 days Caterpillar has launched the Next Generation 906, 907, and 908 wheeled loaders, with a new engine and various additional features. 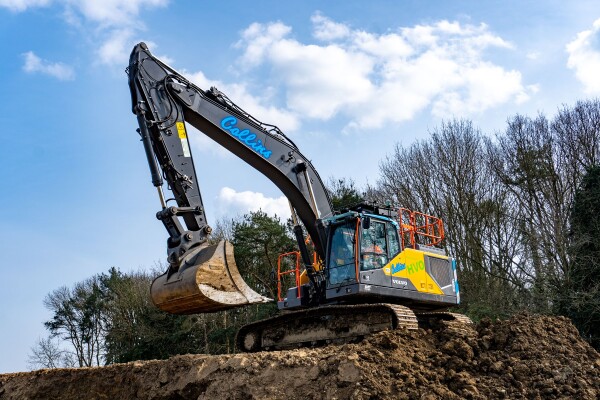 19 May Collins Earthworks has added a pair of Volvo EC300E hybrid excavators to its extensive fleet. 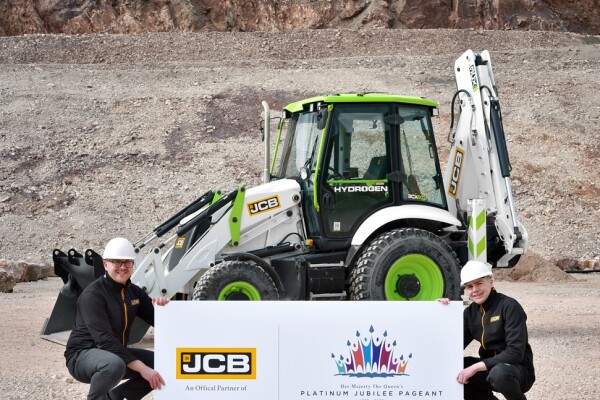 18 May If you are watching Her Majesty The Queen’s Platinum Jubilee on Sunday 5th June, be sure to look out for the diggers.