Looking for the next generation

7 Jan 19 Brexit, a major reorganisation of the apprenticeship regime, training issues, a poor image and the ageing UK population have all combined to exacerbate skills shortages across the construction industry. Jim Simpson examines the extent of the challenges.

The construction industry has always had difficulty recruiting the right calibre of staff and training them to the required standards. But the problem has been steadily worsening in recent years and now it threatens to stifle what should otherwise be an era of growth.

In November the Civil Engineering Contractors Association (CECA) warned that the future supply of skilled operatives was the main cause for concern among construction firms throughout the UK. The CECA’s quarterly Workload Trends Survey, which dates back to 2005, showed that it has never been harder for civils contractors to recruit skilled staff in England.

The association warned that the difficulty in recruiting skilled workers was “inhibiting its members’ ability to deliver projects” while the market was growing, noting that “there is a substantial pipeline of work to be delivered in the coming years”.

Briony Wickenden, CECA’s head of training and development, says this has been the case for the past five years, with many companies adopting a ‘wait and see’ approach because of the uncertainty of Brexit. The result is a lack of qualified commercial staff such as quantity surveyors, estimators, commercial directors and project directors. “Wages are rising and companies worry about staff being poached,” she says.

The Federation of Master Builders (FMB)says its members are suffering from a skills shortage too, with bricklayers heading the list, closely followed by carpenters, joiners and site managers.

The FMB’s House Builders’ Survey 2018, the only annual assessment of small and medium-sized (SME) house-builders in England, found that the percentage of SME house-builders that consider a shortage of skilled workers to be the major barrier to their ability to build more new homes rose to 44% (up from 42% in 2017).

Its conclusion was that skills shortages in the building industry will hamper housing delivery and will eventually overtake access to finance as the main barrier to providing new homes.

The Home Builders Federation (HBF) agrees, noting that the government’s ambition to build 300,000 new homes per year has stretched the available labour force to its limit. According to policy director David O’Leary, “output across the industry has risen by 80% in five years, despite losing between 40% and 50% of its workforce after the recession started in 2007”.

He adds: “We built 223,00 homes last year but we’re still well short of the 300,000 government target yet that has never been done before, even in the 1950s and 1960s. Nearly a fifth of our UK workforce is over the age of 50, and we need to work just to recruit replacements for those who are retiring over the next two and a half years.”

Indeed. Steve Radley, policy director for the Construction Industry Training Board (CITB), calculates that the industry needs to find a further 32,000 trainees per year over the next five years. Apprenticeships are the main means of training new entrants yet Radley does not share the dismay of the trade bodies over the 8-10% fall in construction apprenticeships in England over the past year.

He says that all industries have seen apprenticeships fall as the apprenticeship levy and new standards are introduced and that construction has “held up very well” by comparison.

“Apprenticeships are a key vehicle for bringing people into the industry as 90% of those who complete an apprenticeship stay in the industry,” notes Radley. “And they’re well supported. All the apprentices working for Carillion were taken by other companies when it collapsed.”

Others are not so sure. Sarah McMonagle, director of external affairs at the FMB, believes that “the problem is that the apprenticeship levy has replaced government funding” while the HBF, through its Home Building Skills Partnership, is trying to redress the balance through other methods.

With the availability of migrant EU workers now seriously under threat, Radley agrees that the UK must ‘grow its own’ and points to the latest development in the £22m Construction Skills Fund as another route into the industry.

In November 2018 the Department for Education announced it had approved funding for 26 training hubs on major construction sites that will train more than 17,000 people to be job- and site-ready by March 2020.

Radley points out that the government originally asked for a minimum of 20 such hubs to be set up; the CITB is funding two of them while overseeing the whole programme, which is aimed at the unemployed and those wanting to change careers.

“We will be able to get under-represented groups onto site and aim to have 30% in employment for three months once the project ends,” says Radley. “There’s a high level of interest from the industry and great potential for the future because once this programme ends there will be a legacy of 26 hubs that could be the vehicle for work experience in the future.”

There is agreement that, in the long term, construction needs to change its image, though opinions vary on how this should be done. The CECA, for instance, believes that the way forward is to adjust the culture of the industry so that it is more attractive to new entrants – and retains staff. Its most visible initiative is the FIR (Fairness Inclusion & Respect) initiative.

CECA says this is necessary “to attract, recruit, train and retain the skills and talent that we need to deliver our pipeline of works”. An annual competition, Inspiring Change, promotes FIR with awards and case studies to show successful examples of FIR in action.

The FMB wants the government to introduce a system of licensing for building, arguing that this will eradicate the ‘cowboys’, raise the image of the industry overall and make it more attractive.”Parents and teachers treat construction as the sector of last resort, and we need a broad range of ability, not just those who have difficulty with maths and English,” says McMonagle. “Countries like Australia and Germany, that have a system of licensing, don’t have this attitude to the industry.”

At the CECA, head of training & development Briony Wickenden points out that there might be more able candidates coming forward, simply because of changes in student funding. “More school leavers are considering apprenticeships than before because they’re concerned about running up debts if they go to university,” she observes.

Thank you for reading this story on The Construction Index website. Our editorial independence means that we set our own agenda and where we feel it necessary to voice opinions, they are ours alone, uninfluenced by advertisers, sponsors or corporate proprietors.

Inevitably, there is a financial cost to this service and we now need your support to keep delivering quality trusted journalism. Please consider supporting us, by purchasing our magazine, which is currently just £1 per issue. Order online now. Thanks for your support.

3 hours Balfour Beatty, Britain’s biggest construction contractor, has set up a taskforce to plot a course for coping with – and perhaps exploiting – the post Covid business environment.

Second reactor base completed at Hinkley Point C [ –with video]

Construction lobbies for another delay to reverse charge VAT

1 hour Construction Industry associations have written to the chancellor of the exchequer asking for a further one year delay to the introduction of reverse charge VAT.

2 hours Work on the £1.3bn regeneration of Granton Waterfront is set to begin with the appointment of CCG (Scotland) to take forward the first 450 homes. 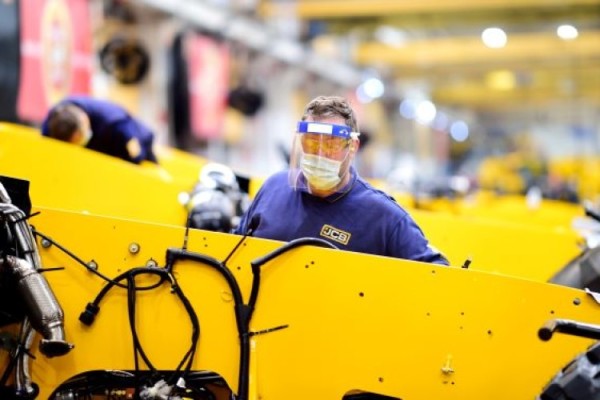 2 hours JCB factory workers have voted to approve temporary flexible working arrangements to save jobs during the coronavirus crisis.